Eleven Republican senators from the state of Oregon are in hiding. 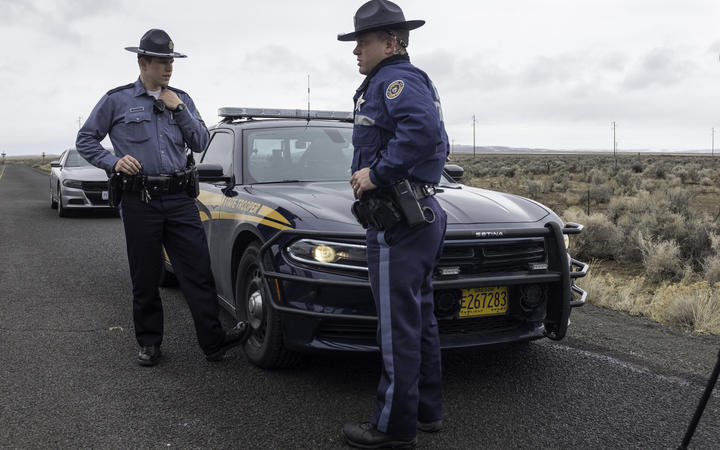 The state's governor has tasked state troopers with finding the absentees. Photo: AFP

They walked out of Salem's Capitol building on Thursday and state police have been given authorisation to track them down.

This bizarre series of events has unfolded amid a deep rift between the state's rival parties.

Oregon's Democrats, who have a clear Senate majority, want to pass landmark climate change legislation. Local Republicans have fled to stop that happening.

This weekend, the state capitol had to shut down altogether amid apparent security threats from militia groups.

Oregon Democrats are trying to become the second US state to pass an ambitious "cap and trade" climate plan.

House Bill 2020 would set overall limits on state carbon emissions, with permits or allowances auctioned off to polluting industries.

The plan aims to encourage businesses to switch to green technology, with the goal of slashing emissions to 80 percent below 1990 levels by 2050.

Under it, petrol and diesel prices are expected to go up. Republicans say these changes will disproportionally affect rural Oregonians, like farm workers and loggers. They argue the plan should be referred to a state-wide ballot so "every Oregonian has a voice".

Democrats hold 18 of the 30 seats in the state senate, but 20 senators have to be present for a vote to take place.

On Thursday, the 11 Republicans who currently hold seats failed to show up for floor proceedings after negotiations broke down, blocking the legislation's progress.

Democratic Governor Kate Brown then authorised state police to try to locate them.

"It is absolutely unacceptable that the Senate Republicans would turn their back on their constituents who they are honour-bound to represent here in this building," she said in a statement. "They need to return and do the jobs they were elected to do."

The Republicans released a statement explaining their walkout.

"Oregonians deserve better. It's time for the majority party to consider all Oregonians - not just the ones in Portland," Senate Republican Leader Herman Baerschiger Jr said regarding the rural-city divide.

Other walkouts have been known to happen before, including by Wisconsin Democrats in 2011.

The senators are rumoured to have fled into neighbouring Idaho - where police are not authorised to look for them.

The current legislative session is due to end on 30 June and the Republican whip has said they will "run out the clock" on it "until this storm of false narratives and intimidation passes".

Before the walkout, Democrats had already said they would be willing to use police to try to force absent Republicans to come back.

One lawmaker, Brian Boquist, responded angrily. Speaking to a local news outlet on Wednesday, he said police should "send bachelors and come heavily armed" if they were to try to arrest him.

"I'm not going to be a political prisoner in the state of Oregon. It's just that simple," he said.

His comments were condemned by Democrats who said "threats like these are unacceptable".

The senators are being ordered to pay $US500 ($NZ760) each for every day they are absent. An online fundraiser to pay their fines has so far raised almost $US38,000 as of Sunday.

The reaction in Salem

State Senate President Peter Courtney, a Democrat, said police had established a possible militia threat and recommended the closure of the Capitol on Saturday.

Another Democratic lawmaker, Sara Gelser, tweeted that they had been notified "we were physically in danger".

Self-described "patriot" groups had reportedly planned a two-day "Rally to Take the Capitol" event on Facebook for the weekend.

Online comments by members of militia groups also pledged to provide armed security and escorts to the Republicans, US media report.

It's not the first time that militias and libertarians in the state have made headlines. In 2016, a militia group was involved in a stand-off with federal agents for weeks at an Oregon wildlife refuge.

But with the Republicans still in hiding, the rift shows no sign of ending any time soon.