German Chancellor Angela Merkel has said she is fine, after she was seen trembling as she greeted Ukraine's president on a boiling day in Berlin. 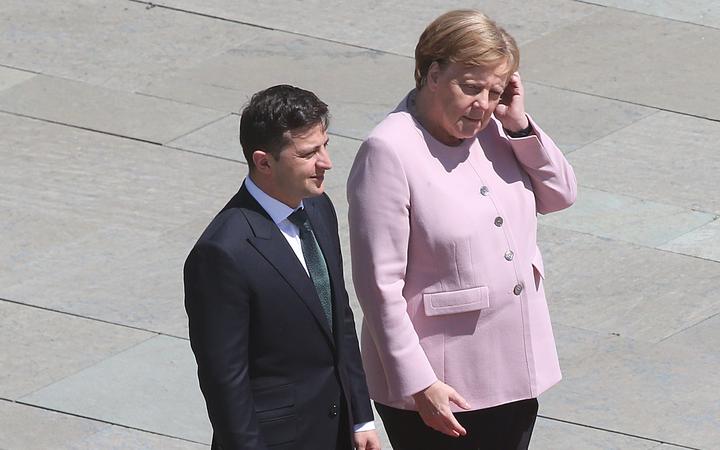 Mrs Merkel, 64, was visibly struggling as she stood next to Volodymyr Zelensky while a military band played the two countries' anthems in the midday sun.

The temperatures in the German capital were approaching 30C at the time.

German Chancellor Angela Merkel says she's fine, after she was seen shaking as she greeted Ukraine's president on a boiling day in Berlin

The chancellor was answering a question about her wellbeing at a joint news conference with President Zelensky.

Meanwhile, Mr Zelensky, a comedian-turned-president, said that he would have come to the rescue if needed.

"She was standing next to me and completely safe," he said.

Ms Merkel is one of the European Union's most influential politicians, and has been described as the Queen of Germany and even the Empress of Europe.

She has announced that she will step down when her current - fourth - term runs out in 2021.