An Indian magician is feared dead after jumping shackled into a river in a bid to recreate Harry Houdini's world-famous trick. 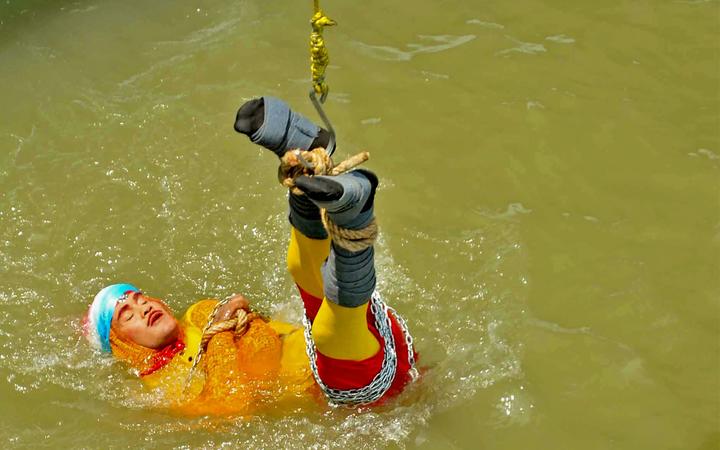 Chanchal Lahiri was meant to escape and swim to safety but did not emerge from the Hooghly river in West Bengal state.

Crowds who watched him take the plunge on Sunday alerted the police, who then launched a search operation. 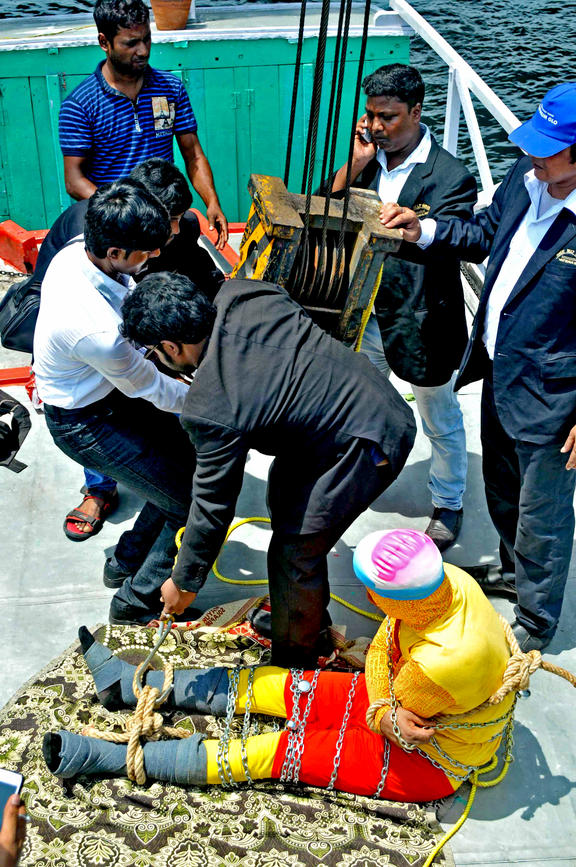 Chanchal Lahiri preparing to be lowered into the Ganges river. Photo: AFP

A body resembling the magician was recovered on Monday evening, but the identification is yet to take place.

Mr Lahiri, also known as "Jadugar Mandrake" was lowered into the river from a boat for his trick.

He was shackled with six locks and a chain as spectators on two boats watched him. Several people had also gathered by the shore and some stood on the landmark Howrah Bridge in Kolkata (formerly Calcutta).

Jayanta Shaw, a photographer with a local newspaper, witnessed Mr Lahiri attempting the trick. He told the BBC that he spoke to him before the magician started his act.

"I asked him why he risked his life for magic," Mr Shaw said. "He [Mr Lahiri] smiled and said, 'If I do it right, it's magic. If I make a mistake, it becomes tragic.'"

The magician told him that he wanted to do this trick in order "to revive interest in magic".

This is not the first time that Mr Lahiri had attempted a risky underwater trick.

He was lowered into the same river inside a glass box more than 20 years ago but had managed to escape to safety.

"I never thought he would not come out of the water this time," he said.