Two people have been injured in a shooting in Toronto during celebrations for the Raptors basketball team. 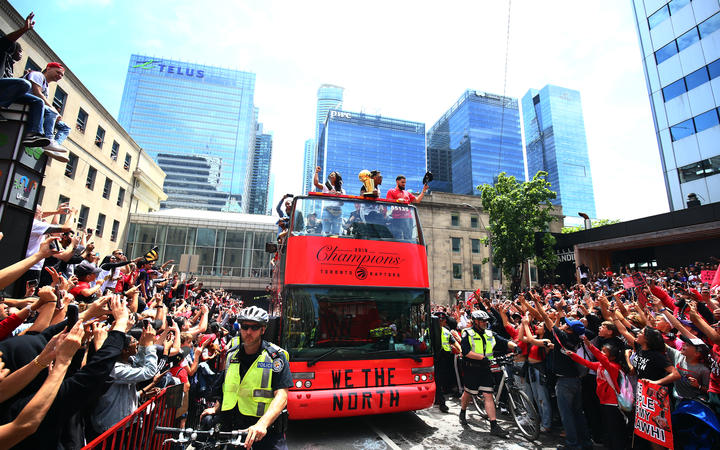 The Toronto Raptors during their victory parade. Photo: AFP

Last week the team won the NBA championship - the first Canadian team ever to take out the title.

Police said the shooting happened in Nathan Phillips Square during a fan rally for the team, sparking a stampede away from the area.

They say the two people shot have serious but non-life threatening injuries.

Two firearms have been recovered and two people are in custody.

Prime Minister Justin Trudeau was among two million fans cheering the NBA champion Toronto Raptors at a victory parade through the city on Monday when the shooting took place, causing many attendees to scatter for safety.

However, the incident caused only a brief pause in the celebratory speeches, which were still going on.