At least two bodies have been recovered from the wreck of a tourist boat that sank on the Danube in the Hungarian capital, Budapest, last month. 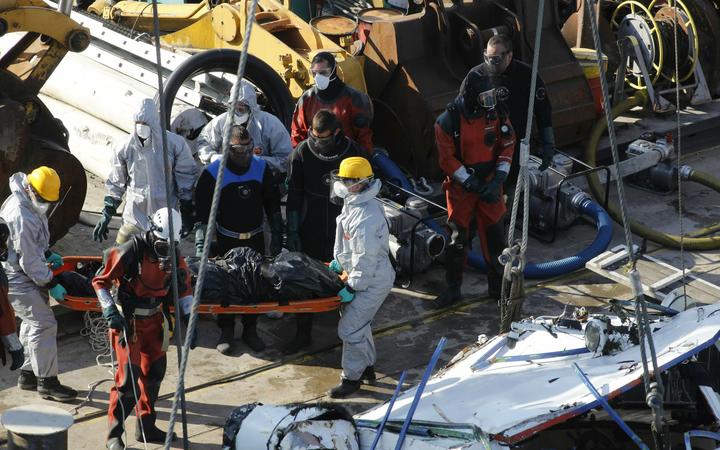 Divers entered the boat as a floating crane slowly raised it to the surface.

The Mermaid was carrying South Korean tourists when it was in collision with a cruise ship and capsized, leaving 20 people dead and eight others missing.

Recovery efforts by Hungarian and South Korean teams have been hampered by high water levels in the Danube.

Footage from the scene on Tuesday morning showed the cabin and upper deck of the boat emerge from the water and divers then carry out a search for victims still trapped inside. At least two bodies were seen to be removed. 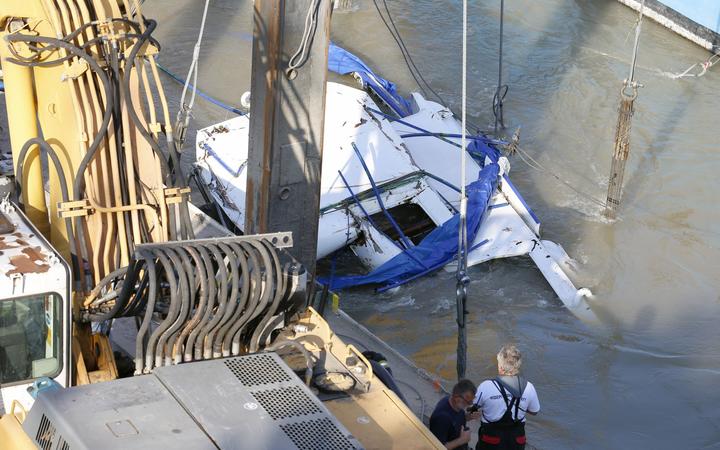 A crane lifts the boat out of the Danube river in Budapest, Hungary. Photo: AP Photo/Darko Bandic

The operation is expected to take several hours. It is not known how strong the hull of the 70-year-old boat is following the collision, salvage experts say.

The Viking Sigyn cruise ship struck the Mermaid just after 9pm local time on 29 May as both vessels passed under the Margit Bridge.

Seven of the 35 people on board were rescued and seven bodies quickly recovered but others were swept away in the swollen river or trapped inside the boat.

Several bodies were recovered in the following days, with one pulled from the Danube more than 100km downstream.

Nineteen South Korean tourists and a Hungarian crewman are known to have died. Those missing include the Mermaid's Hungarian captain.

Once fully out of the water, the wreck of the Mermaid will be taken to a secure location and examined by police, who have launched a criminal investigation.

The Viking Sigyn's captain, named as 64-year-old Ukrainian national Yuriy C, has been detained on suspicion of reckless misconduct in waterborne traffic leading to mass casualties.