A US man has been sentenced to 19 years in prison after pleading guilty to throwing a five-year-old boy from a third-floor balcony. 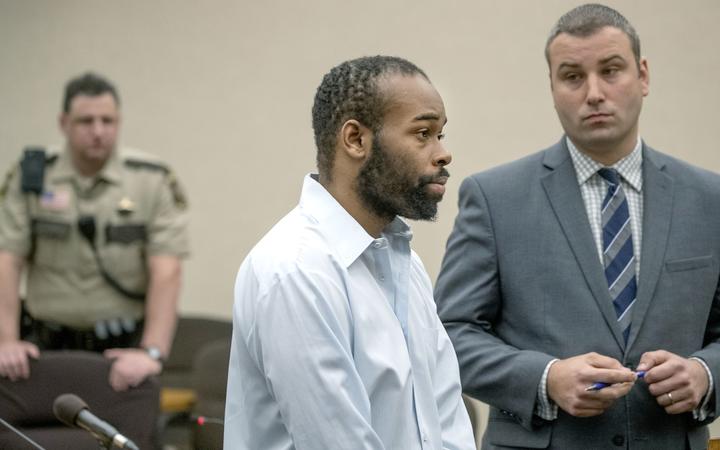 Emmanuel Aranda, 24, told police he went to Minnesota's Mall of America "looking for someone to kill", before choosing the boy, identified as Landen.

In a statement read in court on Monday, Landen's parents decried Aranda's act as one "intended to kill and destroy".

His parents described his recovery from head trauma and broken bones sustained in the 12 April attack as "miraculous". No further update on his condition was provided.

"I wish you could experience the pain and suffering you inflicted on my boy," Landen's parents said in a statement read by prosecutor Cheri Townsend on Monday (local time).

"You should have the maximum punishment that this life has for you so you understand the impact of your actions."

Aranda pleaded guilty in May to one count of attempted premeditated murder as part of a plea deal with prosecutors.

In court after his sentencing on Monday, Aranda declined to speak.

He had previously told investigators that he had made several unsuccessful attempts to talk to women in the Minnesota mall, but that their rejection "caused him to lash out and be aggressive", US media report.

He said he initially planned to kill an adult before choosing Landen instead.

Aranda had two past convictions for assault at the same mall, both in 2015, and had been banned from the area at an earlier date, according to CBS News, the BBC's US affiliate.

Court records show he was ordered to undergo psychological evaluation after those incidents.

Aranda's friends and family told US media that he had been in and out of treatment for a variety of mental health issues, including attention deficit disorder, depression, autism and schizophrenia. They said believed he was homeless before the attack.

At trial, Aranda's attorney did not raise a mental illness defence.