UK Prime Minister Theresa May is expected to announce the date of her departure from Downing Street on Friday (local time), senior cabinet ministers have told the BBC. 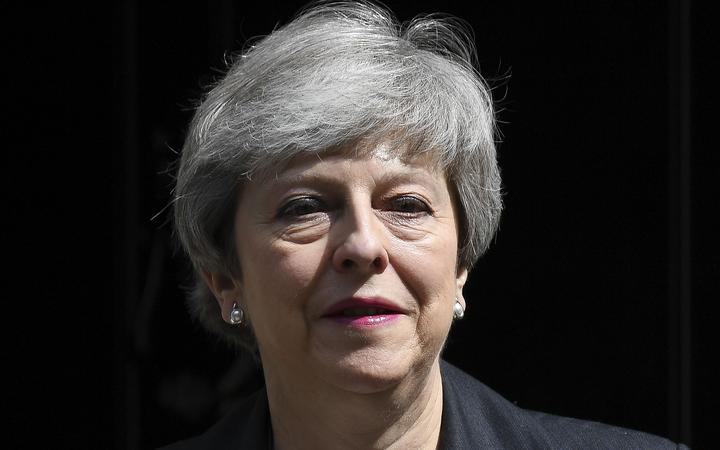 Sources say they expect the prime minister to give a timetable for her successor to be chosen, with 10 June likely to be the start of the official leadership race.

Mrs May is also due to meet the chairman of Tory backbenchers.

She has been under pressure to resign, after an angry backlash by her own MPs against her latest Brexit plan.

The government was due to publish the Withdrawal Agreement Bill on Friday but this was delayed as criticism mounted.

Andrea Leadsom quit as Commons leader on Wednesday evening saying she no longer believed the government's approach would "deliver on the referendum result".

The government confirmed on Thursday that it planned to publish the bill in the first week of June, after the Whitsun recess.

But Labour's Valerie Vaz said it was "clear that the prime minister does not command a majority in her approach to Brexit and she has failed to accept this political reality".

Mrs May met Home Secretary Sajid Javid and Foreign Secretary Jeremy Hunt at Downing Street on Thursday where they are understood to have expressed their concerns about the bill.

BBC political editor Laura Kuenssberg said several cabinet ministers have said they expected Mrs May to announce her departure on Friday morning, although there has been no confirmation of this from Downing Street.

She said ministers say they hope the campaign for the next Conservative Party leader can be finished by the end of July.

A leadership contest starting on 10 June would come after the state visit from US President Donald Trump and the Peterborough by-election.

Sir Graham Brady, the chairman of the 1922 committee of Conservative backbenchers, was due to meet the prime minister on Friday morning.

He was thought to be expecting her to name a date for her departure - with the possibility of further moves by Conservative MPs to instigate a vote of no confidence in her if she did not.

On Wednesday members of the committee held a secret ballot on whether to change party rules to allow the prime minister to face a vote of no confidence immediately.

Under the current rules, she cannot face another confidence vote within 12 months of the last one, which was in December 2018.

The meeting comes the day after the UK voted in the European Parliamentary elections, two months after it was originally due to leave the European Union. Votes will not be counted until Sunday night, after voting concludes across the EU.

Mrs May had hoped to get a Brexit deal agreed before they took place but the withdrawal agreement she negotiated with the EU has been repeatedly rejected by MPs and Brexit has been delayed until 31 October. That meant the UK had to take part if it wanted to avoid leaving the EU without a deal on 1 June.

The prime minister has already pledged to set a timetable for a new leader to take over once MPs have voted on the Withdrawal Agreement Bill.

But calls for her to go sooner than that have begun to come from Conservatives who had, until now, stayed loyal.

Discontent at her leadership grew significantly this week, after she set out plans for the Withdrawal Agreement Bill - the legislation needed to implement the agreement between the UK and EU on the terms of Brexit.

It included a number of concessions designed to attract cross-party support, including new guarantees on workers' rights, environmental protections and the Northern Irish border, as well a customs "compromise".

But Brexiteers in her own party reacted angrily to it, particularly a promise to give MPs a vote on another referendum if they backed the bill.