The Australian Broadcasting Corporation (ABC) election computer is predicting the Coalition has secured majority government with at least 77 seats, as the Liberals appear set to take Bass, Chisholm, Boothby and Wentworth. 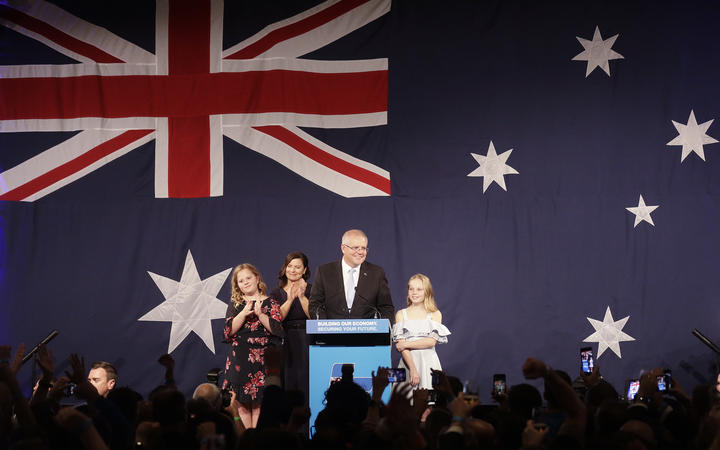 Labor held Bass, while Wentworth and Chisholm were in the hands of independents Kerryn Phelps and Julia Banks prior to the election.

"As far as I'm concerned on the numbers to come Bass will be the 76th seat," ABC chief elections analyst Antony Green said.

"Postals and absent votes favour the Coalition in Bass and they're already ahead.

"At some time today, Bass will tick over to become the 76th seat, delivering the government majority."

Green said he expected Chisholm would become the 77th seat, with Boothby and Wentworth already in the Liberal count.

"The Coalition have a certain 75," Green said.

"Bass will be 76 and Chisholm looks likely to be 77 and 78 is a possibility with Macquarie, but that is in doubt."

Liberal candidate Dave Sharma has been locked in a too-close-to-call contest with incumbent MP Ms Phelps for the second time in just seven months in Wentworth.

But this time Mr Sharma looks to have prevailed in the seat once held by former prime minister Malcolm Turnbull, reclaiming the seat for the Liberals with a 16.6 percent swing against Dr Phelps.

In the South Australian seat of Boothby, Liberal candidate Nicolle Flint held off a 1.5 percent swing against the Coalition to edge Labor's Nadia Clancy.

Ms Flint told Sky News she was not willing to declare victory yet despite saying Ms Clancy had called her to concede defeat.

"I'm a bit old school, waiting for the Australian Electoral Commission to make that final determination and get through those 8000 or so postal votes still to go.

"They're not counting today; they're counting again tomorrow."

Of the seats in doubt, Labor is ahead in Cowan, Lilley and Macquarie - three seats the party currently holds.

With 84 percent counted, Macquarie is the closest of those races, with Labor leading by about 300 votes.

Labor held Chisholm from 1998 until 2016, when then-Liberal Julia Banks won the seat - the only Liberal gain in that election.

She quit the party after Malcolm Turnbull lost the leadership and decided against re-contesting the seat as an independent.

Ms Banks instead ran as an independent in Flinders, Health Minister Greg Hunt's seat, but only attracted 14.6 percent of first-preference votes.