Indians lined up to vote amid unprecedented security in the eastern state of West Bengal on Sunday as the final phase of a massive, staggered election got underway to decide whether Prime Minister Narendra Modi returns for a second term. 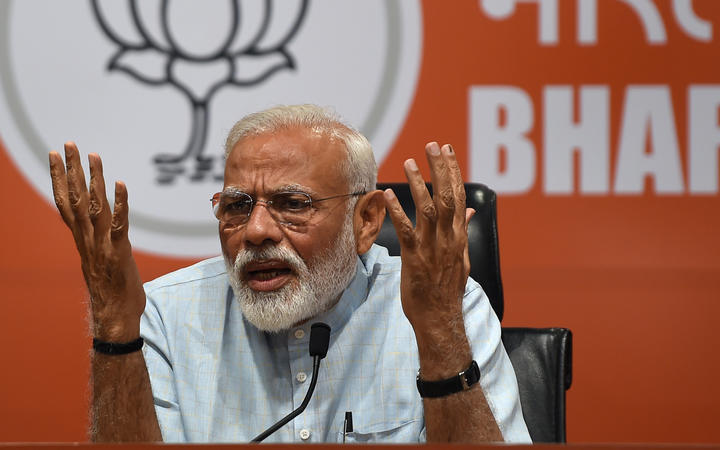 Around 900 million Indians are eligible to vote in the seven-phase election, with vote counting to begin on Thursday.

The gruelling, 39-day poll began in the wake of aerial clashes and escalated tensions with neighbouring Pakistan, which Modi's ruling Bharatiya Janata Party (BJP) used to focus its campaign on national security.

The main opposition Congress party and other regional blocs concentrated on the government's economic mismanagement and inability to create jobs in their attempt to win voters.

However, the campaign turned increasingly personal and vitriolic in the final stages and clashes between rival groups marred polling in West Bengal.

Security was tight around voting stations in Kolkata and surrounding areas where people will cast their vote on Sunday. Around 57,000 policemen have been deployed and more than 400 quick response teams are on standby in case of any trouble, according to the chief electoral officer in Kolkata.

Amitava Ganguly, an employee of a private power utility, said there was polarisation along communal lines in West Bengal.

"I have never seen such an election before," Mr Ganguly said.

The BJP is attempting to make inroads into West Bengal, which has the third highest number of parliamentary seats among Indian states, to offset likely losses elsewhere but has met stiff opposition from the regional Trinamool Congress party.

More than 100 million Indians are eligible to vote in the final phase, covering 59 seats in 8 states. India's parliament has a total of 545 seats, out of which the BJP won 272 in the previous general election in 2014 to secure a single-party majority for the first time in around three decades.

Neelanjan Sircar, a political science professor at Ashoka University near New Delhi, said opposition groups were looking to tap into anger against Modi and the BJP's strong grassroots machinery that helped it win in 2014.

"To me, this election is very much a battle between voter accountability and party organisation," Mr Sircar said.

The well-funded BJP dominated most of the campaign, allowing Modi to set the agenda.

His decision to bomb a purported militant training camp in Pakistan soon after a suicide attack in the disputed Kashmir region killed 40 policemen, boosted his support.

The opposition lacked a strong counter punch but the drawn-out, seven-phase election still appeared to tighten. Congress and other regional parties sense an opportunity to oust Modi.

Nitin Anand, a 29-year-old first-time voter, stood in a queue early to vote in Salt Lake city near Kolkata, where voting was delayed when electronic polling machines malfunctioned.

"I will cast my vote on the issue of development," Mr Anand said.