Britain's Prime Minister Theresa May will call for governments and technology companies to work together to prevent terrorist material being shared online. 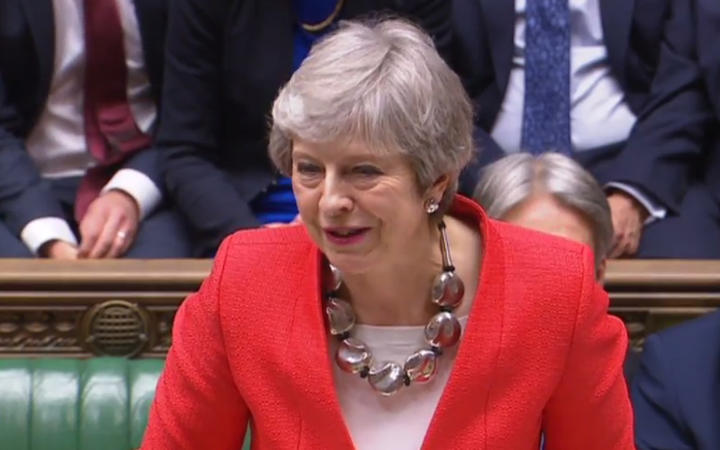 Theresa May, who is attending a Paris summit on online extremism, says the live-streaming of attacks such as those in Christchurch has exposed gaps in the response to rapidly changing technology. Photo: AFP / PRU

Mrs May will speak at a Paris summit on online extremism, called after the Christchurch mosque attacks in March.

The gunman live-streamed the attacks in which 51 people died.

Mrs May said the fact that Facebook had to remove 1.5 million copies of the video was "a stark reminder that we need to do more".

Speaking ahead of the summit, the prime minister said the tactic of live-streaming attacks "exposed gaps in our response and the need to keep pace with rapidly changing technological developments".

She said: "My message to governments and internet companies in Paris will be that we must work together and harness our combined technical abilities to stop any sharing of hateful content of this kind."

Political leaders from Europe, Canada and the Middle East will meet senior representatives from companies such as Facebook, Google and Twitter, as well as issuing a joint "call to action" to eliminate terrorist material.

Meanwhile, Facebook has announced it plans to tighten rules on live-streaming, banning people who have infringed its policies from using the feature. It means, for example, that anyone sharing a statement from a terrorist group with no context would be blocked from using Facebook Live for a set period, such as 30 days.