Latest - A jury in California has awarded more than $US2 billion to a couple who said the glyphosate-based weed-killer Roundup was responsible for their cancer.

A jury in California has awarded more than $US2 billion to a couple who said the glyphosate-based weed-killer Roundup was responsible for their cancer.

It is the third time that Bayer, the German company which bought the Roundup-maker Monsanto last year, has been ordered to pay damages over the product and the payout is the largest against the company.

The couple claimed that the use of Roundup on their property over several decades caused their non-Hodgkin's lymphoma.

Bayer said it would appeal.

The Whatsapp messaging service has revealed it has been the target of an attack in which hackers were able to remotely use the app to install spyware on the phones of users.

Whatsapp, which is owned by Facebook, said the attack targeted a "select number" of users and was orchestrated by "an advanced cyber actor".

A fix for the vulnerability was rolled out at the weekend but Whatsapp is urging all 1.5 billion users to update their apps as an added precaution.

According to Financial Times, the attack was developed by the Israeli security firm NSO Group.

China will raise tariffs on $US60 billion worth of US goods from 1 June, extending a bilateral trade war.

The move comes three days after the US more than doubled tariffs on $US200b of Chinese imports.

American markets fell sharply on the back of China's announcement of retaliatory tariffs with the Dow Jones suffering its biggest daily loss this year.

The American actress Felicity Huffman could face a four-month prison term and a large fine after pleading guilty to fraudulently conspiring to win a college place for her daughter. 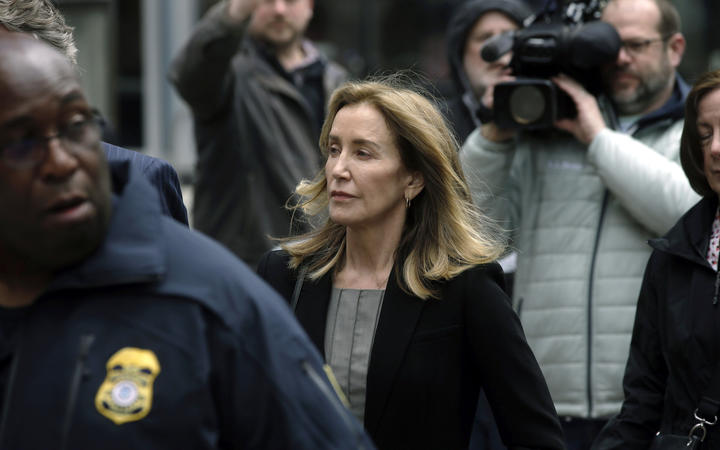 In a Boston court, the Desperate Housewives star tearfully admitted paying $US15,000 ($NZ27,790) to have her daughter's exam answers secretly corrected in 2017.

Huffman is among 50 wealthy parents charged in a college admissions scandal.

Plastic in the deepest depths

An American explorer has found plastic waste on the seafloor while breaking the record for the deepest ever dive.

He spent four hours exploring the bottom of the trench in his submersible, finding sea creatures but also a plastic bag and lolly wrappers.

Intrigue in Germany over crossbow deaths

German police investigating the deaths of three people shot with crossbow arrows in a rural Bavarian hotel near Passau have found two more female bodies in a flat 650kms away.

The flat in Wittingen had been occupied by a 30-year-old woman who was one of the victims found in the hotel room.

The other two in the hotel room were a man and woman found in bed, hand-in-hand, impaled with several arrows.

Doris Day has passed away at her California home aged 97.

The singer and actress starred in films such as Calamity Jane and Pillow Talk and had a hit in 1956 with the song Que Sera Sera - Whatever Will Be Will Be.