China says it will impose tariffs on $US60 billion ($NZ91 billion) of US goods from 1 June, extending a bilateral trade war. 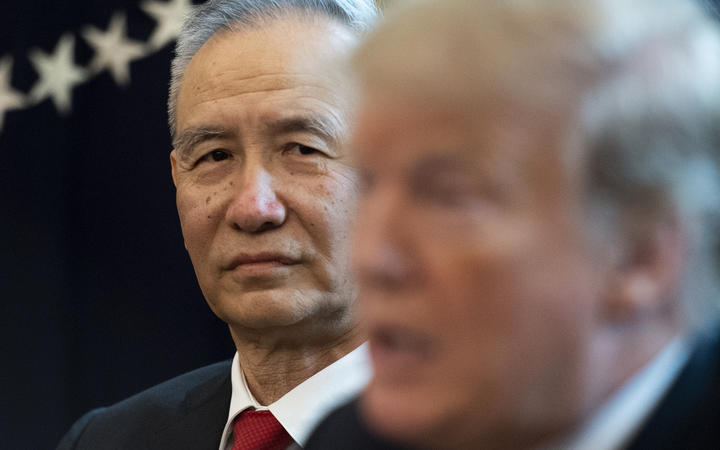 The move comes three days after the US more than doubled tariffs on $200 billion of Chinese imports.

Earlier, US President Donald Trump denied that US consumers would pay for higher tariffs on Chinese imports and warned China not to follow suit.

But Beijing said it would not swallow any "bitter fruit" that harmed its interests.

China has raised tariffs on more than 5000 US products, with the new rates ranging from 5 percent to 25 percent.

The move was announced in a statement by the Tariff Policy Commission of China's cabinet, the State Council.

US markets reacted badly to the move. Within minutes of opening, the Dow Jones Industrial Average was down more than 460 points, or 1.8 percent, while the broad-based S&P 500 also fell 1.8 percent and the Nasdaq shed 2.3 percent.

Markets in Europe were also depressed by latest round of tit-for-tat tariffs, with London's FTSE 100 down about 0.5 percent, while the main indexes in Frankfurt and Paris were more than 1 percent lower.

"China should not retaliate - will only get worse!" Mr Trump tweeted shortly before news of the Chinese decision came.

Mr Trump also said China had "taken so advantage of the US for so many years".

He added that US consumers could avoid the tariffs by buying the same products from other sources.

"Many tariffed companies will be leaving China for Vietnam and other such countries in Asia. That's why China wants to make a deal so badly!" he said.

The US argues that China's trade surplus with the US is the result of unfair practices, including state support for domestic companies. It also accuses China of stealing intellectual property from US firms.

The latest round of US-Chinese trade negotiations ended in Washington on Friday without a deal.

Mr Trump's approach in the dispute has put him at odds with his own top economic adviser, Larry Kudlow, who has said "both sides will suffer".