Hollywood legend Doris Day, whose films made her one of the biggest stars of all time, has died aged 97. 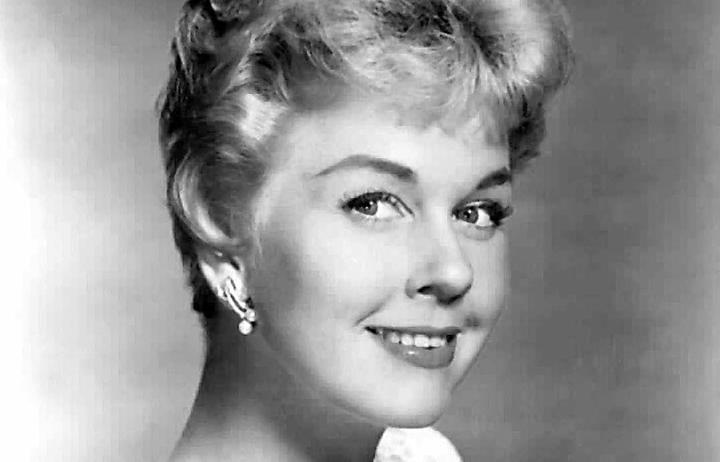 The singer turned actress starred in films such as Calamity Jane and Pillow Talk and had a hit in 1956 with 'Que Sera, Sera (Whatever Will Be, Will Be)'.

Her screen partnership with Rock Hudson is one of the best-known in the history of romantic movies.

In recent years, Day had been an animal rights advocate and her Doris Day Animal Foundation confirmed her death at her Carmel Valley, California, home. The foundation said she was surrounded by close friends.

"Day had been in excellent physical health for her age, until recently contracting a serious case of pneumonia, resulting in her death," the foundation said in a statement. It said she requested "no funeral or memorial service and no grave marker." 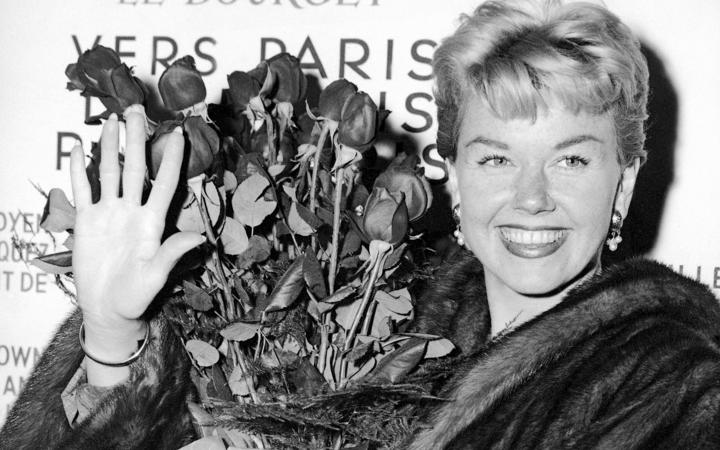 American actress and singer Doris Day holds a bouquet of roses at Le Bourget Airport in Paris in 1955 after flying in from London. Photo: AP

Born Mary Ann Von Kappelhoff in April 1922, Day originally wanted to be a dancer but had to abandon her dream after breaking her right leg in a car accident.

Instead she began her singing career at the age of 15. Her first hit, Sentimental Journey, would become a signature tune.

Her films, which included Alfred Hitchcock's The Man Who Knew Too Much and That Touch of Mink, made her known around the world.

But she never won an Oscar and was nominated only once, in 1960, for Pillow Talk, the first of her three romantic comedies with Hudson.

Today, we remember Doris Day, who brought us so much joy with her humor, extraordinary talent and kind heart. Farewell to a Hollywood legend. pic.twitter.com/8szI4Fbji3

Honours she did receive included the Presidential Medal of Freedom in 2004 and a lifetime achievement Grammy in 2008.

Her last release, the compilation album My Heart, went to number one in the UK in 2011.

Day's wholesome, girl-next-door image was a popular part of her myth that sometimes invited ridicule.

"I've been around so long, I knew Doris Day before she was a virgin," the musician Oscar Levant once remarked.

Day herself said her "Miss Chastity Belt" image was "more make-believe than any film part [she] ever played."

Her life was certainly not as sunny. She married four times, was divorced three times and was widowed once.

She also suffered a mental breakdown and had severe financial trouble after one husband squandered her money.

In the 1970s, she turned away from performing to focus her energies on her animal foundation.

Her 1976 book, Doris Day: Her Own Story, chronicled her money troubles and three failed marriages. "I have the unfortunate reputation of being Miss Goody Two-Shoes, America's Virgin, and all that, so I'm afraid it's going to shock some people for me to say this, but I staunchly believe no two people should get married until they have lived together," she wrote.

Day was given a Presidential Medal of Freedom in 2004, as George W. Bush declared it "a good day for America when Doris Marianne von Kappelhoff of Evanston, Ohio decided to become an entertainer."

Novelist Paulo Coelho marked her passing by quoting lyrics from 'Secret Love', one of her numbers in Calamity Jane.

"The great Doris Day left us and took a piece of the sun with her," actress Goldie Hawn tweeted.

The great Doris Day left us and took a piece of the sun with her. She brighten our lives and lived out her life with dignity. May she rest peacefully. ❤️