US President Donald Trump has said he will raise tariffs on $US200bn of Chinese goods because talks on the respective countries' trade deal are moving "too slowly". 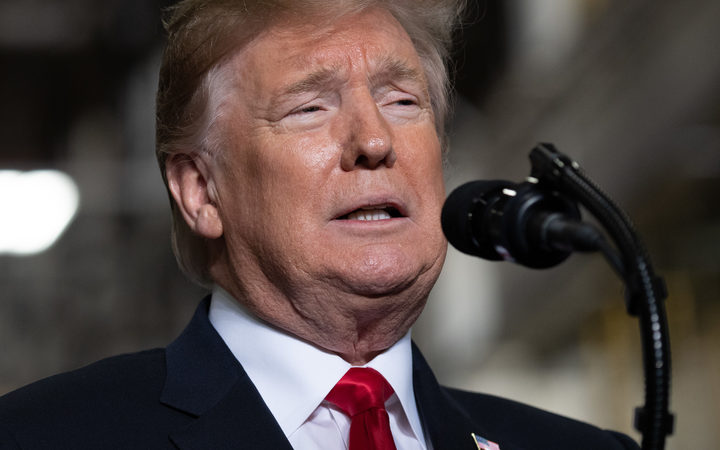 Mr Trump tweeted that tariffs of 10 percent on certain goods would rise to 25 percent on Friday, and $325bn of untaxed goods could face 25 percent duties "shortly".

"The Trade Deal with China continues, but too slowly, as they attempt to renegotiate. No!" he tweeted.

The countries have seemed near to striking a trade deal in recent weeks.

For 10 months, China has been paying Tariffs to the USA of 25% on 50 Billion Dollars of High Tech, and 10% on 200 Billion Dollars of other goods. These payments are partially responsible for our great economic results. The 10% will go up to 25% on Friday. 325 Billions Dollars....

The move increases pressure on China as Vice-Premier Liu He prepares to travel to Washington this week to resume negotiations.

That follows talks in April in Beijing that US Treasury Secretary Steven Mnuchin called "productive".

"The president is, I think, issuing a warning here, that, you know, we bent over backwards earlier, we suspended the 25 percent tariff to 10 [percent] and then we've left it there.

"That may not be forever if the talks don't work out," he said.

But Michael Pillsbury, an informal trade adviser to Mr Trump, said he took the president's tweet "at face value".

Is the deal over?

So far, the US has imposed tariffs on $250bn of Chinese goods, having accused the country of unfair trade practices.

Beijing hit back with duties on $110bn of US goods, blaming the US for starting "the largest trade war in economic history".

According to reports, in recent days US officials have become frustrated by China seeking to row back on some earlier commitments in talks.

It is understood that key sticking points include how to police any deal, and whether existing tariffs will be removed or stay in place.

Bloomberg Economics chief economist Tom Orlik said: "It's possible talks are breaking down, with China offering insufficient concessions, and an increase in tariffs a genuine prospect.

"More likely, in our view, is that this renewed threat is an attempt to extract a few more minor concessions in the final days of talks."

What will the tariff rise affect?

Mr Trump's latest move will raise duties on more than 5000 products made by Chinese produces, ranging from chemicals to textiles and consumer goods.

The US president originally imposed a 10 percent tariff on these goods in September that was due to rise in January, but postponed this as negotiations advanced.

"The Tariffs paid to the USA have had little impact on product cost, mostly borne by China," he tweeted on Sunday.

However, both US and international firms have said they are being harmed by the trade war.

Fears about a further escalation caused a slump in world stock markets towards the end of last year.

The IMF has warned a full-blown trade war would weaken the global economy.