A pharmaceutical company founder accused of paying doctors millions in bribes to prescribe a highly addictive fentanyl spray has been convicted in a case that exposed dubious marketing tactics. 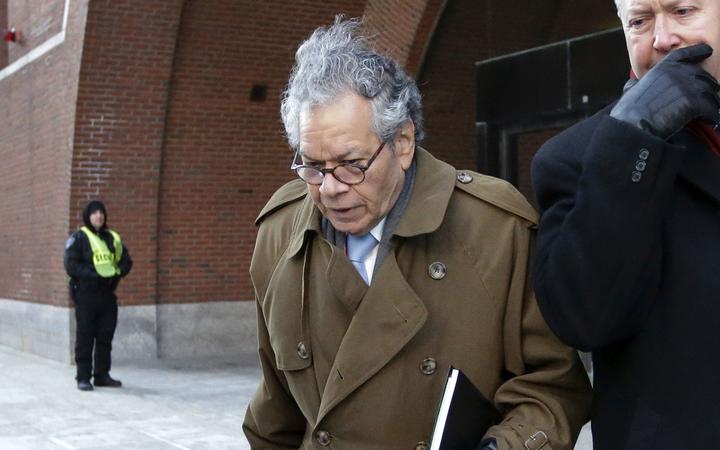 John Kapoor and four of his employees have been convicted of various charges during a trial that has lasted several months. Photo: AP

John Kapoor, the 76-year-old former chairman of Insys Therapeutics, was found guilty of racketeering conspiracy after 15 days of jury deliberations in Boston. Four ex-employees of the Chandler, Arizona-based company, including a former exotic dancer who was recruited as a sales consultant, were also convicted.

Some of the most sensational evidence in the months-long federal trial included a video of employees dancing and rapping around an executive dressed as a giant bottle of the powerful spray Subsys, and testimony about how the company made a habit of hiring attractive women as sales representatives.

Federal prosecutors portrayed the case as part of the government's effort to go after those it views as responsible for fuelling a deadly opioid crisis in the United States.

"This is a landmark prosecution that vindicated the public's interest in staunching the flow of opioids into our homes and streets," Massachusetts US attorney Andrew Lelling said.

"Paying a fine or even civil litigation is inadequate if we want to deter corporations from killing people in their pursuit of profit," Mr Kolodny said.

Opioid overdoses claimed nearly 400,000 lives in the US between 1999 and 2017, according to the Centres for Disease Control and Prevention. An estimated 2 million people are addicted to the drugs, which include both prescription painkillers such as OxyContin and illegal drugs such as heroin.

Drug intended only for cancer patients with severe pain

Kapoor and the others were accused of scheming to bribe doctors across the US to boost sales of Subsys and misleading insurers to get payment approved for the drug, which is meant for cancer patients in severe pain and can cost as much as $US19,000 ($NZ28,700) a month, according to prosecutors. The bribes were paid in the form of fees for sham speaking engagements that were billed as educational opportunities for other doctors.

The charges carry up to 20 years in prison.

"We will continue the fight to clear Dr. Kapoor's name," defence attorney Beth Wilkinson said in a statement. She said the long deliberations prove it was "far from an open-and-shut case."

A former sales representative testified that regional sales manager Sunrise Lee once gave a lap dance at a Chicago nightclub to a doctor whom Insys was pushing to write more prescriptions. Lee's lawyer said she will challenge the verdict.

Jurors also watched the rap video , which was shown at a national meeting in 2015 to motivate sales consultants to push doctors to prescribe higher doses of the drug. At the end of the video, the person dressed up as the bottle takes off his costume and is revealed to be then-vice president of sales, Alec Burlakoff.

Burlakoff pleaded guilty and testified against Kapoor. Burlakoff told the jury that he met Lee at the strip club where she worked and recruited her to join the company despite her lack of pharmaceutical industry experience because he believed she would be willing to help carry out the plan to pay off doctors.

A former CEO of the company, Michael Babich, also pleaded guilty and testified against his colleagues. He said Insys recruited sales reps who were "easy on the eyes" because doctors didn't want an "unattractive person to walk in their door".

Kapoor's lawyers argued that prosecutors were unfairly blaming Insys for fuelling the drug crisis, noting that the drug makes up a tiny fraction of the prescription opioid market.

Several doctors have been convicted in other cases of participating in a kickback scheme. A number of states have sued the Insys, which also agreed last year to pay $150 million to settle a federal investigation into inappropriate sales.

Insys said in an emailed statement that "the actions of a select few former employees" are not indicative of the company's work today.