China says it will crack down on all types of the synthetic opioid fentanyl, following a plea from the US. 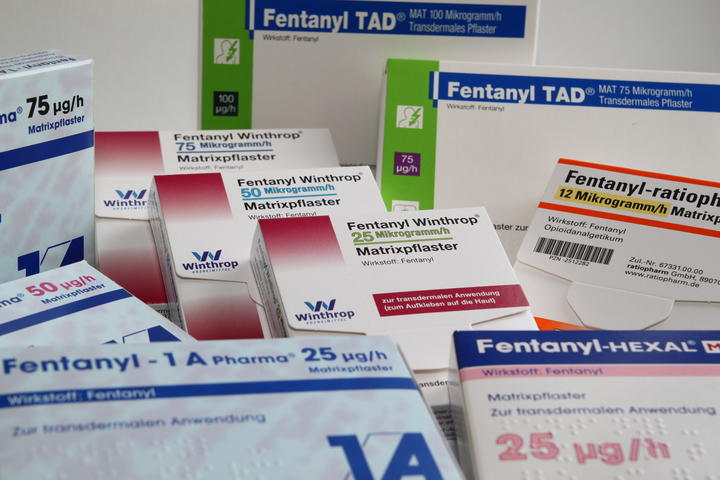 All fentanyl-related substances will be added to China's list of controlled narcotic drugs from 1 May, officials said.

It follows a pledge Beijing made during US-China trade talks in December.

The powerful painkiller, much of it believed to be made in China, is said to be driving a huge rise in drug addiction in the US.

The number of deaths from painkillers such as fentanyl led to President Donald Trump declaring a national emergency in 2017.

China's production of the drug has long been a source of tension between the two countries.

"The US is concerned about all variants [of fentanyl] and it has all been resolved," Liu Yuejin, deputy director of China's narcotics control commission, told a news conference.

Mr Liu said the claim that China was the main source of fentanyl "lacked evidence", and instead blamed a history of abuse of prescription medicine in the US for fuelling demand.

"We believe that the United States itself is the main factor in the abuse of fentanyl there," he said.

"Some people link drug consumption with freedom, individuality, and liberation. If the US really wants to resolve the fentanyl substance problem they have more work to do domestically."

Fentanyl itself is already on China's list of controlled drugs. Expanding the list to all fentanyl-related substances is aimed at stopping smugglers from changing formulas to circumvent the law.

Fentanyl is estimated to be 50 to 100 times stronger than morphine and is usually only approved in the US for severe pain arising in cases like treatment for cancer.

The US says the synthetic drug is being sold on the internet and sent by post from China, fuelling the opioid crisis.

US authorities list all fentanyl-related products in the most dangerous class of drugs.

In 2017, the US announced the first ever indictments against two Chinese individuals for conspiracy "to distribute large quantities" of fentanyl as well as other opioids.

The issue over fentanyl figured during a trade war between China and the US that erupted last year.

China's pledge to control the drug came during a post-G20 summit between the two countries in Buenos Aires in December.