Chinese President Xi Jinping is promising to set high standards for Beijing's sweeping infrastructure-building initiative amid concerns it leaves some developing countries with too much debt. 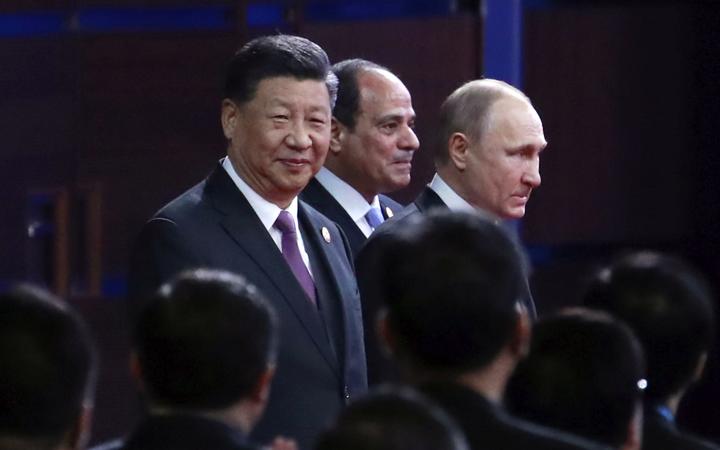 Mr Xi avoided mentioning debt in a speech at a Belt and Road forum in Beijing celebrating his signature foreign initiative. But he promised changes in response to complaints about costs and possible corruption and environmental damage.

Developing countries have welcomed the initiative, launched in 2013, to expand trade by building roads, ports and other facilities from Asia through Africa and the Middle East to Europe. But some governments are struggling to repay Chinese loans, fuelling complaints poor countries are being pushed into a "debt trap".

The United States, Japan, India and Russia also chafe at the expansion of Beijing's influence through building trade and political networks centred on China.

Despite that, Russian President Vladimir Putin on Friday praised the initiative, saying it dovetails with the goals of a Russian-promoted market with four of its neighbours, the Eurasian Economic Union. 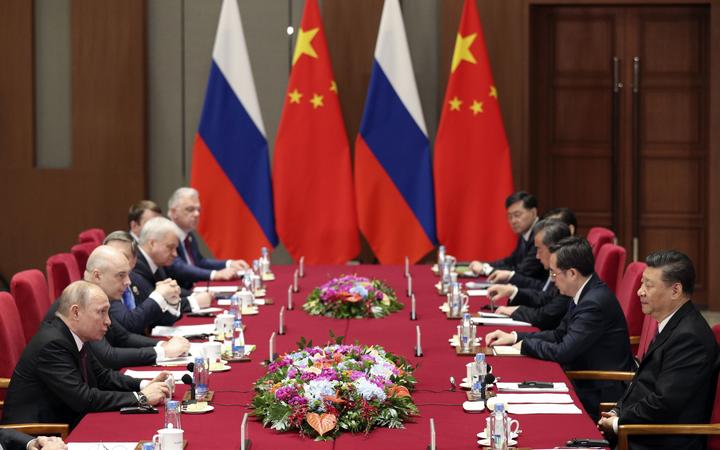 Malaysian Prime Minister Mahathir Mohamad, who had suspended plans for a Chinese-built railway and other projects due to their cost, said he was "fully in support."

Prime Minister Imran Khan of Pakistan, one of China's closest allies, said Belt and Road has produced "substantial progress" in increasing power supplies and other areas.

Xi's government is trying to revive the initiative's momentum after the number of new projects plunged last year. That came after Chinese officials said state-owned banks would step up scrutiny of borrowers and some governments complained projects do too little for their economies and might give Beijing too much political influence.

Other countries including Thailand and Nepal have cancelled or scaled back projects, while Ethiopia and others have renegotiated debt repayment.

President Xi promised changes to forestall corruption and environmental damage. He tried to allay worries Beijing reaps most of the economic benefits and is gaining political influence.

Belt and Road is "not an exclusive club" and promotes "common development and prosperity," Mr Xi said. He said Belt and Road will embrace international standards for project development, purchasing and operations.

China's Ministry of Finance issued "debt sustainability" guidelines for assessing debt risks to borrowers yesterday. The ministry said they are based on standards of the International Monetary Fund and other international institutions.

The guidelines are intended to "prevent and solve debt problems", said Finance Minister Liu Kun. They will classify countries as high, middle and low risk based on productivity, economic growth and other factors.

The standard "may help reduce the financial stability risks" faced by some borrowers, but that "will depend on how widely it is applied," said Moody's Investors Service in a statement.

Chinese lenders have provided $US440 billion ($NZ660b) in financing, the country's central bank governor, Yi Gang, said without giving details on repayments or risks of defaults.

In addition, some $US75b has been raised in Chinese bond markets, according to Mr Yi.

The United States, Japan and other wealthy countries also finance construction in a region the Asia Development Bank says needs $26 trillion of investment through to 2030 to keep economic growth strong.

In March, Italy became the first member of the Group of Seven major economies to sign an agreement to support Belt and Road.

Belt and Road countries also include many of the poorest and most indebted in Africa and Asia.

About one-quarter of the 115 governments that have signed agreements to support the initiative have foreign debt equal to at least 75 percent of their annual economic output, according to Moody's. Mongolia is the most extreme at 240 percent. Egypt, Indonesia and Pakistan all are above 50 percent.

None is in immediate danger of default, but Belt and Road economies tend to have higher debt than average, weaker financial flows and more vulnerability to economic shocks, said Lillian Li, a Moody's vice-president. Borrowing "more external funds will be more dangerous to themselves as well as to the lending countries," Ms Li said.

There's a limit to how much Mr Xi's government might change the initiative because Beijing still wants to increase its influence and generate work for Chinese industries, Tom Rafferty of the Economist Intelligence Unit said in a report ahead of the forum.

One element to watch will be whether Beijing tries to enhance the appeal of Belt and Road by making it more like the World Bank or other multinational organisations, he said. "This has the potential to generate further tensions with the US," Mr Rafferty said.