Trade officials have quickened work on how New Zealand might engage with China's Belt and Road initiative. 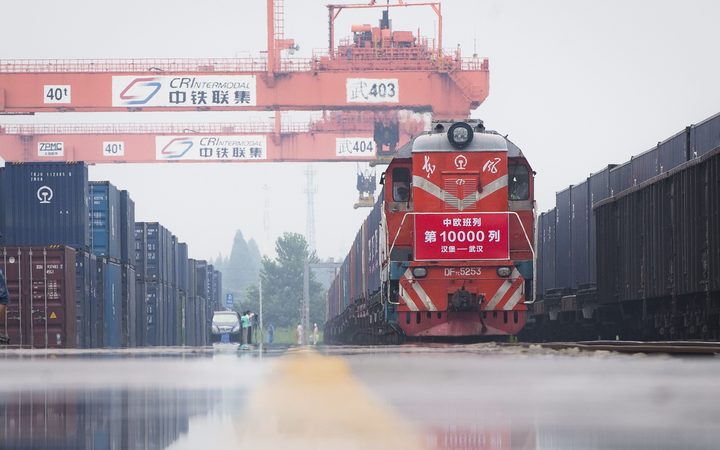 New Zealand has not officially signed up to the global trade and infrastructure plan, but Ministry of Foreign Affairs and Trade (MFAT) officials are working on ways of participating, after signing a memorandum in 2017.

An MFAT spokesperson said the plan had been delayed past the previous deadline of last September because they were still negotiating with Chinese officials.

"We have sought a detailed understanding from China about what the Belt and Road initiative means for us and our region," the official said.

"This is a negotiation that is necessary in order to develop a work plan that would be in the interests of New Zealand and China."

New Zealand China Council executive director Stephen Jacobi said work on the plan had accelerated, perhaps because our relationship with China was deteriorating.

"They see that [as a solution to] the current situation we find ourselves in is sitting right there and waiting to be done," Mr Jacobi said.

"We have got to get our skates on."

Mr Jacobi said some government decisions, such as blocking equipment from the Chinese telecommunications giant Huawei being used in the rollout of 5G, were difficult for China to swallow.

"It's good projects like the Belt and Road initiative that could help us get the momentum back again and move this relationship to a new level."

MFAT said the Belt and Road plan was based on information sharing on specific issues in New Zealand's national interests, but would not specify what those were.

Trade Minister David Parker will attend the Belt and Road Forum in China in April.