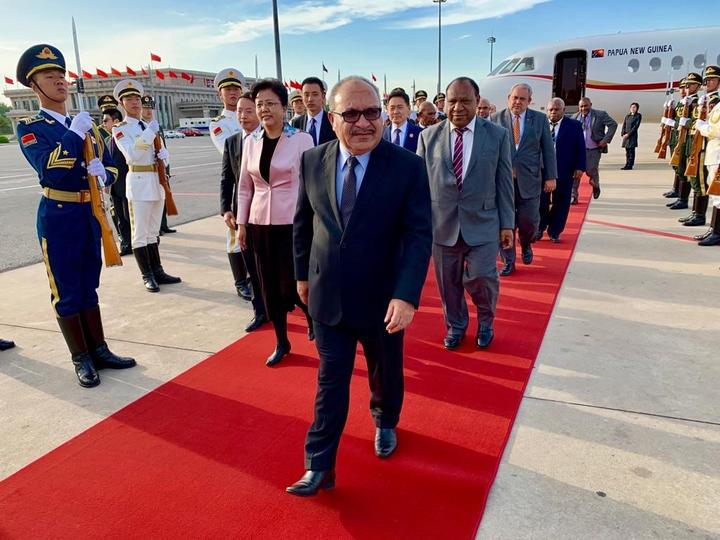 Peter O'Neill and several PNG government ministers have arrived in Beijing for a major Belt and Road forum.

The Forum is bringing together dozens of heads of state to discuss co-operation in China's trillion-dollar global infrastructure drive.

According to Mr O'Neill, improving infrastructure and supply chains is essential for PNG to increase agricultural and other forms of production for export.

He said PNG needed to strengthen its linkages with partner countries to make transportation more efficient.

Mr O'Neill emphasised infrastructure development as being vital to opening up opportunity for PNG's mainly rural population, much of which lives in very remote areas.

"In Papua New Guinea we have some of the most fertile soil in the world that can grow a wide range of food plants and feed livestock, but we have trouble getting it to markets," the Prime Minister said.

"It is disheartening when our people harvest vegetables or fruit, and they do not make it to market in a condition that can be sold."

Mr O'Neill said there were a lot of factors which caused this, including transport networks, product handling, bureaucracy in government process.

"But these challenges can be overcome through a much more co-ordinated approach to the development of infrastructure and capacity building." 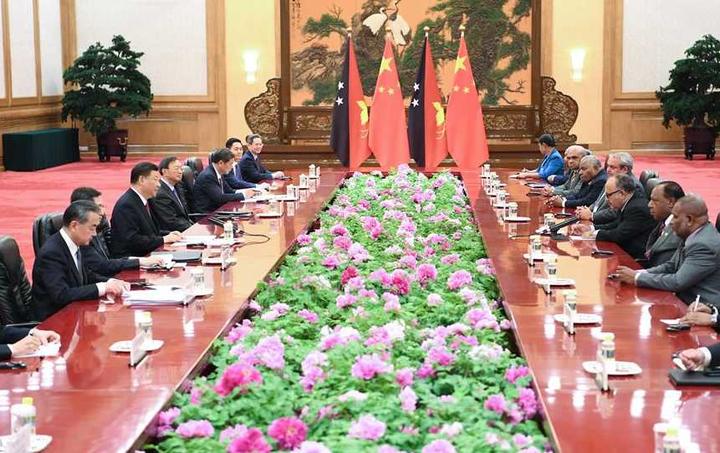 Meanwhile, Xinhua reported that the prime minister met with a Senior Communist Party of China official, Zhao Leji, who said bilateral relations with PNG have become a model for China's relations with Pacific island countries.

He said China is willing to work together with PNG to synergize the Belt and Road Initiative with the Melanesian country's development plans, so as to benefit peoples of the two countries through pragmatic cooperation.

Mr O'Neill hosted China's president Xi Jinping in Port Moresby last November on the eve of the APEC leader's summit, when they discussed PNG involvement in the 'One Belt, One Road' initiative.

The involvement of Chinese state companies in numerous major energy and infrastructure projects in PNG and other Pacific Island nations is of increasing concern to Australia, the US, Japan and New Zealand among other countries.

These four countries have responded with huge infrastructure promises of their own, including an ambitious project to connect 70 percent of PNG households to electricity by 2030.

However, PNG's parliamentary opposition raised concern about the Rural Electrification Project over signs the government has been awarding contracts for power projects to companies from China without calling for open and competitive tendering. 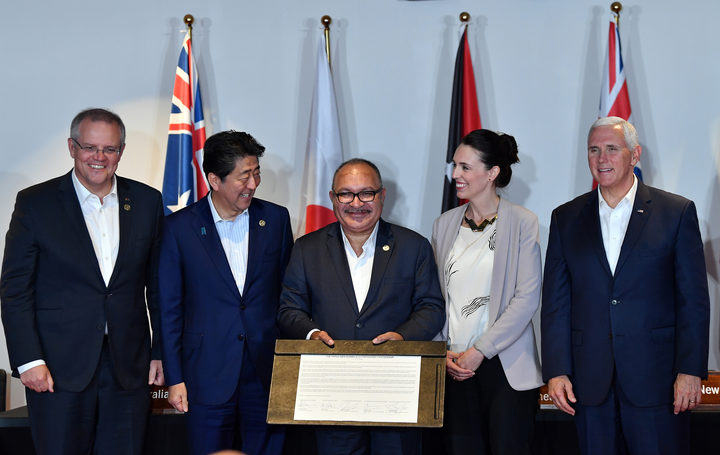 President Xi insisted that China had no self interest in the Pacific Island countries, and did not seek the so-called "sphere of influence", adding that China would always be a trustworthy friend and partner to these countries.

PNG's government said it was open to development assistance from a wide range of partners as it seeks to open up opportunities for economic activity.

Mr O'Neill characterised his country as a bridge between Asia and the Pacific. He said that as the only Pacific leader at the Beijing forum, he would advance the interests of Island countries.

"There is everything to be gained from deeper co-operation with our partners to improve our capacity to help our producers, particularly SMEs (Small to Medium Enterprises)," Mr O'Neill said.

"Our people in rural communities in agriculture or fisheries, or exporters of other products, can expand greatly in what they sell around the country and to the world."

The Cook Islands Deputy Prime Minister is currently in China attending the Belt and Road Forum for International Cooperation being held in Beijing this week.

In November last year the Cook Islands signed a Memorandum of Understanding under the Belt and Road Initiative where the two countries agreed to coordinate policies including trade and financial cooperation.