With tensions mounting at the US-Mexico border, US militias - groups of armed civilians - have been making headlines for their efforts to patrol the border and seize asylum-seekers. But who are these militia men, what do they believe and is what they're doing legal? 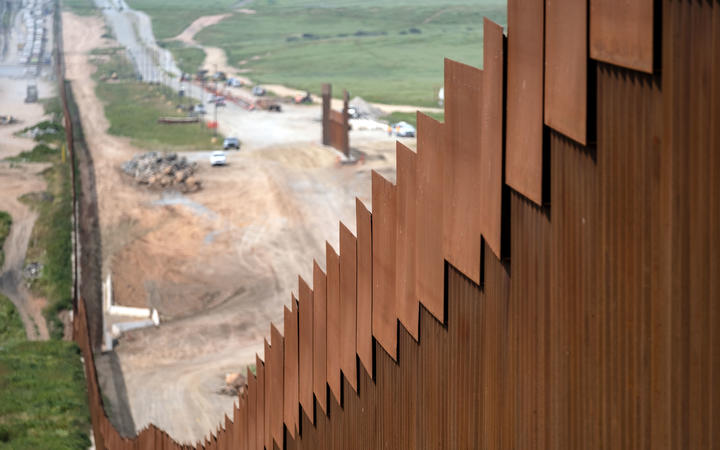 A section of the US-Mexico border fence seen from Tijuana, in Baja California state, Mexico, on 26 March 2019. Photo: AFP

What are US militia groups?

The term has a complex history.

The Militia Act of 1903 created the National Guard as a reserve for the Army, managed by each state with federal funding, and defined the "unorganised militia" as men between 17 and 45 years of age who were not part of the military or guard.

The Southern Poverty Law Centre (SPLC) defines current US militia groups as the armed subset of the anti-government movement.

These groups engage in military exercises and gun training, and generally believe in conspiracies regarding the federal government.

They focus on protecting second amendment rights - or the right to bear arms granted by the US constitution.

Many of these militia groups hold a "romanticised" view of the US revolutionary era, she told the BBC, with notions that they, like the colonists who fought British rule, are "the ultimate protectors of the nation".

The III% Security Force militia group describes themselves in such a way - a coalition "intended for the defence of the populace from enemies foreign and domestic".

"At such a point as the government intends to use the physical power granted it by those who implemented it against them, it then becomes the responsibility of the people themselves to defend their country from its government," the militia's website states.

While there are militia-type formations in other countries, Ms Beirich says the revolutionary past of the groups in the US has made them more unique when it comes to movements with "conspiratorial ideas of an evil federal government". 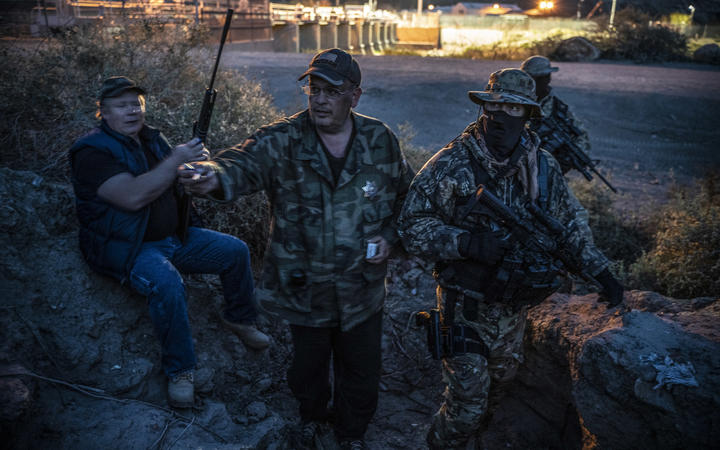 Members of a US militia group share cigarettes while patrolling the US-Mexico border in Sunland Park, New Mexico on March 20. Photo: AFP

What exactly do they believe?

"Their number one issue, no matter what, is about protecting the second amendment," says Ms Beirich.

"These are organisations that believe there are conspiracies afoot to take away their weapons."

Militia are not the same as the white supremacy movement or the alt-right movement, she emphasises.

They are not advocating white rule, for example, though they do share some beliefs with these movements.

Two of the biggest militia incidents in recent years were the Bunkerville standoff - when militia ran federal officials off a rancher's land, believing the government was there to seize cattle - and a similar standoff in Oregon, where militia took over a wildlife refuge in protest of government "interference" in ranchers' lives.

But what's novel about the militia movement recently, Ms Beirich says, is a shift towards more explicitly anti-immigration and anti-Muslim views.

"They view immigrants as invaders, destroying the country, undermining the Trump administration."

She notes that those ideas predated Donald Trump's presidency, but his election win emboldened the movement.

"Although these groups have always hated the federal government, they're pretty big fans of Donald Trump, so they're in an awkward position where they support Trump but believe there's a deep state conspiracy against him."

In addition, militias have begun to work openly with white supremacists, which was rare in the past, Ms Beirich says.

Members of the III% militia, for example, turned up at the far-right rally in Charlottesville, Virginia in 2016.

"That's a toxic brew we have to be concerned about." 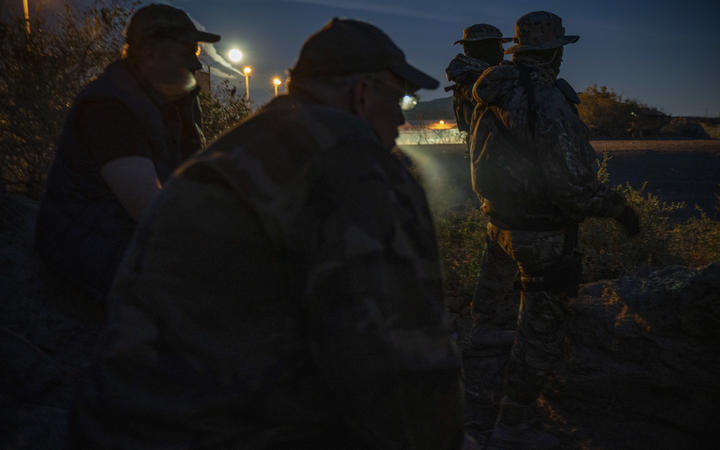 A US militia group on a night-time patrol of the border. Photo: AFP

How many militia groups are there?

Whenever there is talk of gun control on Capitol Hill, membership rises in militias nationwide.

In 2018, the SPLC found 216 militia groups with at least 15 confirmed members were active in the US, though given how secretive these organisations can be, that figure is likely an undercount.

"The number of these groups skyrocketed in the Obama era," Ms Beirich says. "Obama never moved on gun control, barely spoke on it, but they viewed him as an existential threat."

A similar situation happened under Democratic President Bill Clinton, she notes. The militia movement views Republicans as a party that is protective of gun rights, unlike Democrats.

Yes, depending on the state in which a militia is located. All states have laws barring private military activity, but it varies when it comes to paramilitary or militia organising.

"There are very few rules in the US about what people with guns," Ms Beirich says. "Many of them frame holding military training exercises as their right with the second amendment, exercising their right to bear arms."

According to a 2018 report by Georgetown University, 25 states criminalise kinds of paramilitary activity, making it illegal to teach firearm or explosive use or assemble to train with such devices with the intent to use such knowledge "in furtherance of a civil disorder".

Twenty-eight states have statutes prohibiting private militias without the prior authorisation of the state government.

"Not all militias are involved in the same kinds of activities," Ms Beirich notes.

"If people are engaged in exercising their constitutional rights under the second amendment in states that don't ban the kinds of activities they undertake, they have every right to engage."

What about the groups at the border?

Militias have been present at the southern border before. In the 2000s, a group called the Minutemen Civil Defense Corps, was rounding up migrants for years before eventually dissolving.

But the way groups like the United Constitutional Patriots, whose leader was arrested by the FBI on Monday, have been publicising their efforts is new, Ms Beirich says.

The "explicitly anti-immigrant framing" she says is novel, compared to the Minutemen, who would have argued they were merely protecting the border.

"The United Constitutional Patriots leader - he's been on record saying pretty terrible things about immigrants. That seems like a bit of a shift."