A student mistakenly arrested for stealing from Apple stores is suing the tech giant for $1 billion, claiming its AI linked video footage to his name. 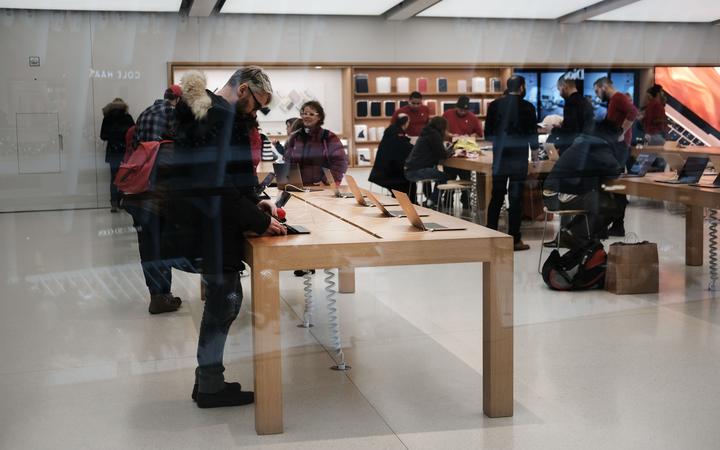 Ousmane Bah, 18, was arrested at his home in New York last autumn, accused of stealing from Apple Stores in four US states. He believes that Apple's algorithms are now trained to connect his name to images of the thief after his lost driver's licence was used by the thief.

Apple said it did not use facial recognition technology in its stores.

Mr Bah had previously lost his provisional driving licence, which he believes may have been used by the thief during the robberies. The licence is not meant to be used for identification purposes, and does not include a photograph.

A detective with the New York Police Department allegedly told Mr Bah that the thief probably used Mr Bah's driving licence as identification during one of the robberies. The detective reportedly said that this may have caused Mr Bah to be charged with thefts committed at Apple Stores in New York, Delaware, New Jersey and Massachusetts, according to court papers.

Mr Bah said one of the charges was for the theft of Apple pencils from a store in Boston - a city he had never visited. On the date of the robbery, he says, he was attending his senior prom in New York.

Mr Bah claims that a detective reviewed security footage from the time of one of the crimes and found the thief looked "nothing like" him.

Mr Bah claims that travelling to different states to respond to charges filed against him has affected his college attendance, and his grades have suffered as a result.

Apple's Face ID technology caused a stir when it was launched on the iPhone X in 2017, with commentators concerned that users' biometric data could be hacked if they used the feature.

As far as is known, this is the first case that claims Apple's facial recognition technology has been used to identify customers who have visited its stores.