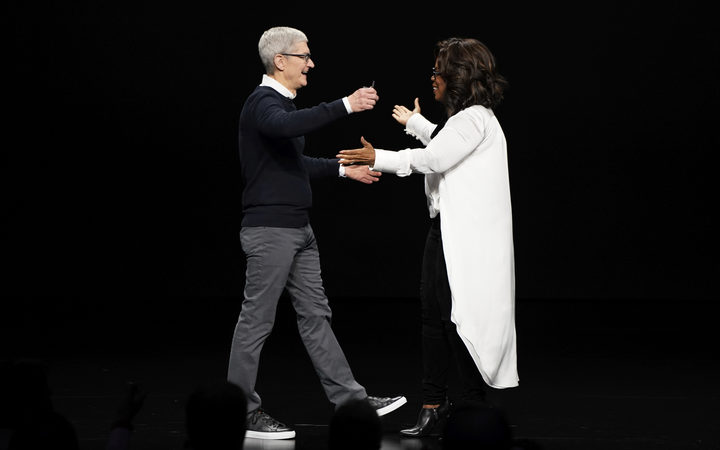 But it is unclear when each of the services might come to New Zealand.

In this morning's keynote announcement, the tech giant introduced: Apple TV+, an ad-free video-streaming service; the Apple Card, an advancement of the pre-existing Apple Pay software; Apple News, access to over 300 magazines and news content; and Apple Arcade, the world's first gaming subscription service designed for mobile, desktop and the living room.

New Zealand tech commentator Paul Brislen said it was usually a thrill to hear announcements of new products by Apple.

This time, however, he said the company seemed to be "playing catch up" with video-streaming, gaming, banking and news services already on offer elsewhere.

"It seems to be more of a financial move, a money-making scheme, rather than genuine products that will deliver genuine benefit to customers."

Mr Brislen said it was a "real sign of the times" for Apple, who would normally be dominating the market and "doing it so beautifully that everybody stands up and cheers".

He said it was telling Apple appeared to be playing "catch up with the rest of the world".

Despite this, he said the brand's reputation would mean the products were likely to garner a lot of attention.

Mr Brislen said Apple Arcade would appeal to "hardcore gamers" who would be happy to pay once and play without restrictions.

He said despite Apple TV+ being an ad-free streaming service with original content, it would need to have low subscription rates and cater to international content in order to compete with the likes of Netflix.

It is not yet known how much Apple TV+ subscriptions will cost.

However, Apple said its the card would only be available to qualified customers in the United States.

Mr Brislen said it was disappointing New Zealand was not on the radar for the release of these services.