Apple chief executive Tim Cook has demanded a tough new US data protection law, in an unusual speech in Europe. 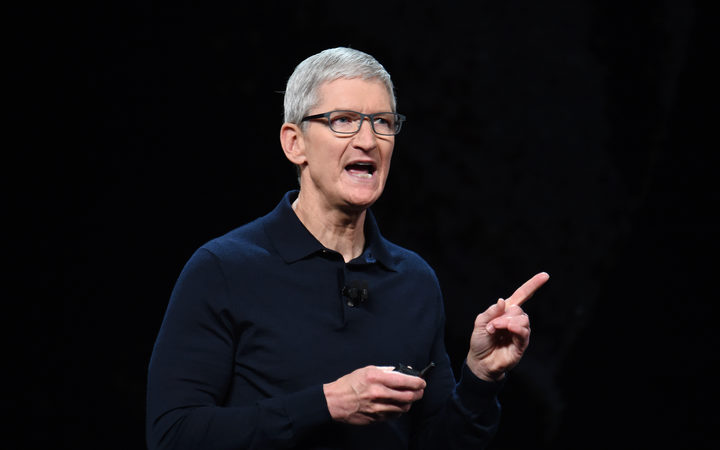 Referring to the misuse of "deeply personal" data, he said it was being "weaponised against us with military efficiency".

"We shouldn't sugar-coat the consequences," he said. "This is surveillance."

The new law came into force in May.

Mr Cook's speech was made in Brussels, at the International Conference of Data Protection and Privacy Commissioners.

The Apple boss described in some detail what he called the "data industrial complex", noting that billions of dollars were traded on the basis of people's "likes and dislikes", "wishes and fears" or "hopes and dreams" - the kind of data points tracked by tech firms and advertisers.

He warned that the situation "should make us very uncomfortable, it should unsettle us".

And the trade in personal data served only to enrich the companies that collect it, he added.

Mr Cook went on to commend the EU's GDPR, which places stricter rules on how personal data is handled by businesses and organisations.

"This year, you've shown the world that good policy and political will can come together to protect the rights of everyone," he said.

"It is time for the rest of the world, including my home country, to follow your lead.

"We at Apple are in full support of a comprehensive federal privacy law in the United States."

The remark was met with applause from the conference audience.

"I think it is striking that he's saying this," said Jim Killock, director of the Open Rights Group.

"It's the kind of thing you normally hear from civil society organisations."

Mr Killock told the BBC that he thought the call for a US privacy law was "extremely important".

He also suggested that Mr Cook may have been motivated by commercial interests.

"US companies are losing trust and without that trust they cannot make the digital economy function as well as it should," said Mr Killock, referring to the negative public reaction surrounding data breaches and cases of data misuse.

"The implication of fully functioning privacy in a digital democracy is that individuals would control and manage their own data and organisations would have to request access to that data rather than the other way round," he said.

The firm was famously locked in a dispute with the FBI over the fact that it would not help the bureau access data on the phone of a dead gunman who was involved in the San Bernardino shooting in 2015.

Mark Zuckerberg and Sundar Pichai, chief executives of Facebook and Google, will also appear at the conference later this week in the form of pre-recorded video messages.