Facebook, Apple, Alphabet and Amazon will oppose an Australian law that would require them to provide access to private encrypted data linked to suspected illegal activities, an industry lobby group says. 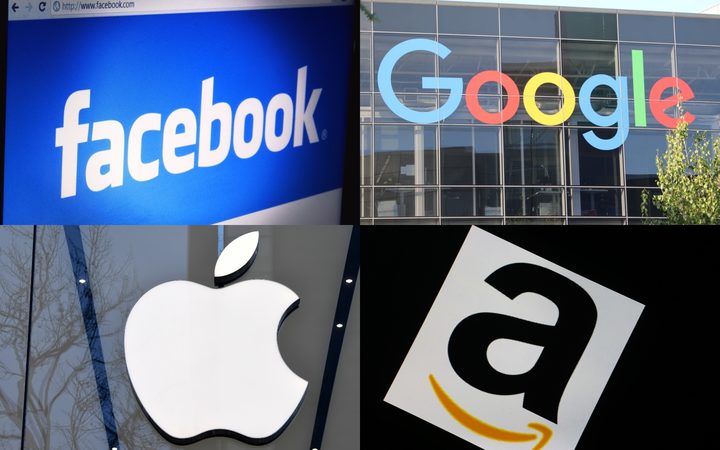 Australia in August proposed fines of up to $A10 million for institutions and prison terms for individuals who do not comply with a court request to give authorities access to private data.

Many countries are moving ahead with similar legislation, while New Zealand is the latest to tighten oversight over access to online communication.

Earlier this week, Customs announced officers now have the authority, under the Customs and Excise Act 2018, to compel visitors to hand over passwords for their electronic devices. Tourists who refuse could face fines of $NZ5000.

The government has said the proposed law is needed amid a heightened risk of terror attacks.

Seen as test case as other nations explore similar laws, Facebook Inc, Alphabet Inc, Apple Inc and Amazon will jointly lobby lawmakers to amend the bill ahead of a parliamentary vote expected in a few weeks.

"Any kind of attempt by interception agencies, as they are called in the bill, to create tools to weaken encryption is a huge risk to our digital security," said Lizzie O'Shea, a spokeswoman for the Alliance for a Safe and Secure Internet.

She said the four companies had confirmed their participation in the lobbying effort.

Representatives for the four firms did not immediately respond to requests for comment.

A spokeswoman for Australia's home affairs minister, who is overseeing the legislation, did not immediately respond to a request for comment.

If the bill becomes law, Australia would be one of the first nations to impose broad access requirements on technology companies, though others are poised to follow.

The Five Eyes intelligence network, comprised of the United States, Canada, Britain, Australia and New Zealand, have each repeatedly warned national security was at risk as authorities are unable to monitor communication of suspects.

Technology companies have strongly opposed efforts to create what they see as a back-door to user's data, a stand-off that was propelled into the public arena by Apple's refusal to unlock an iPhone used by an attacker in a 2015 shooting in California.