Borce Ristevski has been sentenced to nine years in jail for killing his New Zealand-born wife Karen at the couple's Melbourne home. 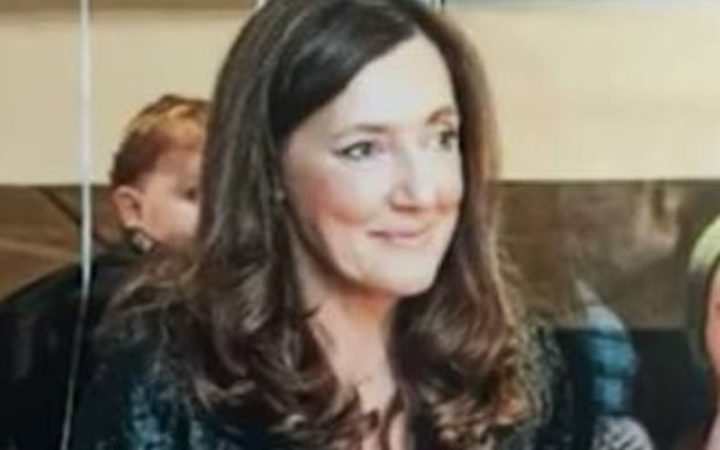 He then dumped her body in bushland and denied any involvement in her disappearance until the eve of his trial.

The 55-year-old has never explained how he killed his wife on the morning of 29 June 2016, despite pleading guilty to manslaughter last month.

After killing his wife, Ristevski put her body in the boot of his car and drove to Mount Macedon, where he hid it in a nature reserve under logs, branches and foliage.

By the time the 47-year-old's remains were found in February 2017, the cause of her death could not be determined.

Prosecutors told an earlier hearing that the couple had argued about Ms Ristevski's clothing business, which was more than $400,000 in debt, on the morning of her death.

Ristevski reported his wife missing 24 hours after killing her.

He told police she walked out of the house after telling him: "I can't talk to you right now - I'm going to clear my head."

Ristevski was initially charged with his wife's murder but ultimately pleaded guilty to manslaughter after the trial judge ruled the evidence of his conduct after her death could not be used to prove he had murderous intent.

Court documents detailed how Ristevski sought to deceive police and family members during the investigation including by changing phone numbers multiple times and warning a relative that police were "listening".

Justice Christopher Beale referenced Ristevski's "continuing secrecy" throughout the sentencing, saying in the hours after killing his wife he had "started down a road of deceit that [he was] to continue on for nearly three years".

"Although by your plea of guilty to manslaughter, you have finally accepted responsibility for killing Karen, you have not revealed how or why you killed your wife," he said.

"You may have turned off the road of deceit, but you have not taken the high road of full and frank disclosure consistent with true remorse."

Despite that, Justice Beale said he did not regard Ristevski's silence as providing evidence he had committed high-level manslaughter and accepted he did not kill his wife with murderous intent.

In his sentencing remarks, Justice Beale said Ristevski's daughter Sarah - who did not provide a victim's impact statement, but instead wrote a character reference - "is not alone in the depiction of you as a loving father and husband".

"I accept that apart from the commission of your crime and your post-offence conduct, you have been a person of good character," Justice Beale said, adding he believed the prospect of Ristevski being rehabilitated were "good".

In a character reference for her father, Sarah Ristevski, 24, referred to her mother's killing as "the act of violence" and said the love her parents had for each other was "something I hope to one day experience for myself".

"The circumstances have left me without both of my parents," Ms Ristevski said.

"All I can try and do is communicate the truth of how good of a dad and husband he was to my mum and I."

Ms Ristevski said she had never witnessed any form of violence between her parents.

Ristevski will serve six years before becoming eligible for parole.