The head of Sudan's military council has stood down a day after leading a coup that toppled long-time leader Omar al-Bashir amid a wave of protests. 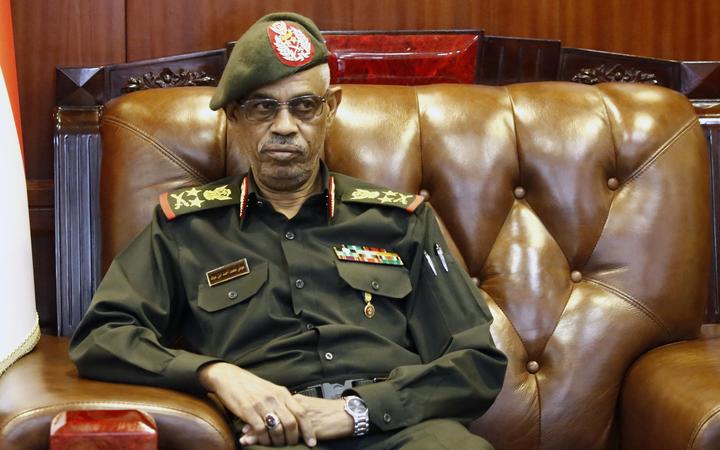 It comes after protesters refused to leave the streets, saying the coup leaders were too close to Mr Bashir.

The army has said it will stay in power for two years, followed by elections.

Mr Bashir's downfall followed months of unrest that began in December over rising prices. At least 38 people have died in the protests.

Mr Ibn Auf was head of military intelligence during the Darfur conflict in the 2000s. The US imposed sanctions on him in 2007.

Protesters in Khartoum celebrated his departure.

The Sudan Professionals Association, which has been spearheading the protests, said Mr Ibn Auf's decision to step down was a "victory" for demonstrators.

They are demanding a transition to civilian rule before they return home.

From what I’m told, Burhan seen as respected in the army and as less Islamist than, say, Ibn Auf.

Mr Bashir has been indicted by the International Criminal Court (ICC) on charges of war crimes and crimes against humanity over the Darfur conflict.

What happened on Friday?

Despite the removal of Mr Bashir on Thursday, demonstrators refused to disperse, camping out outside the army headquarters in the capital, Khartoum, defying a curfew declared by the military.

On Friday, a spokesman for the military council said the army was not seeking power and Sudan's future would be decided by the protesters - but said the army would maintain public order and disturbances would not be tolerated.

The military council also said it would not extradite Mr Bashir to face the ICC charges - which he denies.

It has imposed a three-month state of emergency, with the constitution suspended.