The British Army has launched an investigation after an "unacceptable" video circulated appearing to show soldiers using an image of opposition leader Jeremy Corbyn for target practice. 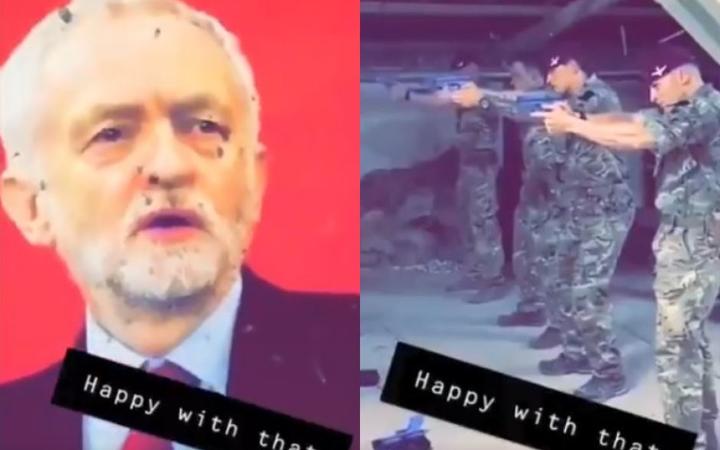 The video, which the Ministry of Defence is treating as legitimate, was filmed on Snapchat before being shared across social media.

It shows soldiers firing shots, believed to be non-lethal paint simulation rounds, into an image of the Labour leader, leaving several holes in the poster.

A caption on the video reads "happy with that".

Video has emerged of soldiers on a shooting range in Kabul firing at a target of Jeremy Corbyn. MOD confirms it as legit: pic.twitter.com/qOr84Aiivj

It is not known when the video was filmed but it is believed to have been taken in a loft range of a British Government building in Kabul, Afghanistan.

A spokesperson for the British Army said the behaviour was "unacceptable" and an inquiry had been launched.

"We are aware of a video circulating on social media," the spokesperson said in a statement to ABC News.

A Labour Party spokesperson said the incident was "alarming and unacceptable".

"We have confidence in the MoD to investigate and act on this incident," the spokesperson said in a statement.

Conservative MP Tom Tugendhat, who served as a lieutenant colonel in the Army during tours of Iraq and Afghanistan, labelled the video as "disgraceful".

"This is disgraceful and falls far below the standards expected of British Army soldiers," he tweeted.

The leaking of the video comes at a time where the safety of British MPs is in the spotlight due to rising tensions over Brexit.