Labour leader Jeremy Corbyn has stepped up calls for a UK general election "at the earliest opportunity" to "break the deadlock" over Brexit. 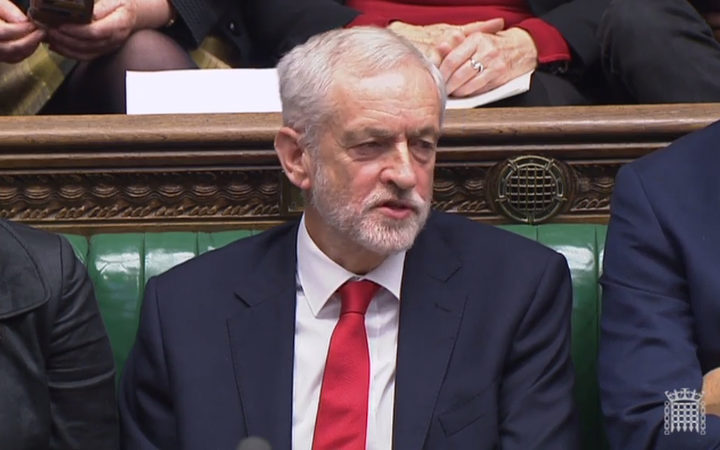 In a speech, he said a new government would have a fresh mandate to negotiate a better withdrawal deal with the EU.

"If you are so confident in your deal, call that election, and let the people decide," he told British Prime Minister Theresa May.

The Conservatives said Labour did not have a plan for Brexit and were "playing politics".

Mr Corbyn has resisted growing calls from within his own party to get behind another EU referendum, insisting an election is still his top priority if Theresa May's Brexit deal is rejected by MPs next week.

The UK is set to leave the European Union on 29 March. The withdrawal agreement between the UK and EU - covering things like trade, expat citizens' rights and setting up a 20-month transition period - will only come into force if MPs back it in a vote.

Labour is set to vote against Mrs May's deal next Tuesday. A no-confidence vote by a majority of MPs would give the government 14 days to win another such motion or trigger a general election.

Mr Corbyn said Labour would "table a motion of no confidence in the government at the moment we judge it to have the best chance of success".

"Clearly, Labour does not have enough MPs in parliament to win a confidence vote on its own. So members across the House should vote with us to break the deadlock," he said.

Anti-Brexit Labour MPs are calling on Mr Corbyn to get behind the campaign for a new EU referendum - something polls suggest is supported by the majority of Labour members.

Mr Corbyn has said his preferred option is to trigger a general election and, having won it, seek to delay Brexit in order to negotiate a better deal with Brussels, which he says would see the UK in a permanent customs union with the EU and with a close relationship with the single market.

This policy, together with a "radical" Labour government would kick start economic growth, and "allow a renaissance in our manufacturing sector, which will create good, secure jobs and help restore pride and prosperity to parts of our country that have been ignored for too long", he argued.

If Labour is not able to get a general election, Mr Corbyn said all options were "on the table, including the option of campaigning for a public vote". 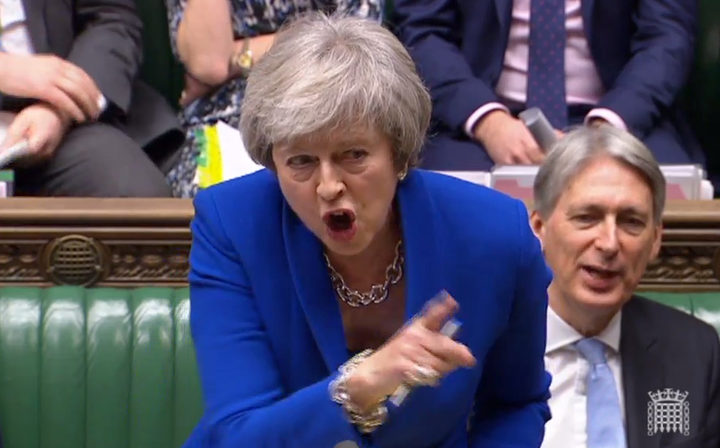 Asked if a fresh referendum would be in Labour's election manifesto, he said: "Our policy would be to negotiate urgently with the EU as and when we take office, but clearly a general election must come first in order to do that.

Northern Ireland's Democratic Unionist Party is also against Mrs May's deal, but has said it will back her in any confidence vote.

As debate on the Brexit deal resumed in the House of Commons for the second of five days, it emerged that some of Mr Corbyn's Leave-supporting backbench MPs have been speaking to Theresa May about backing her deal if she can guarantee environmental standards and rights for workers.

Mr Corbyn said Labour did not "endorse or accept" a reported offer from the government to adopt an amendment to protect workplace and environmental rights.

"It's already been quite clearly and emphatically rejected by the TUC and leading trade unions. They say it simply doesn't guarantee the protections that we are seeking."

Theresa May has, meanwhile, reached out to union leaders to seek their backing for her deal, it has emerged.

"As you would expect, I was very clear about GMB's position - the deal on the table isn't good enough and non-binding assurances on workers' rights won't cut it."