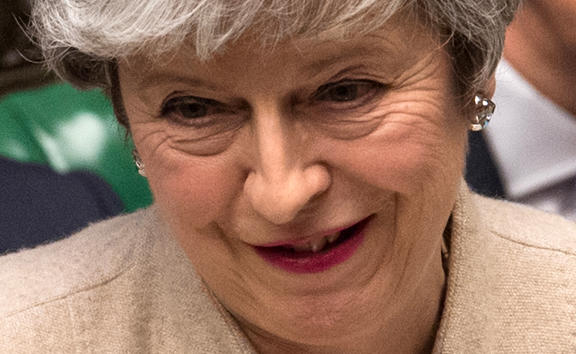 Theresa May says she wants to meet Labour leader Jeremy Corbyn to agree a plan on Britain's departure from the European Union.

But she insisted her withdrawal agreement - which was voted down by MPs last week - would remain part of the deal.

Mr Corbyn said he was "very happy" to meet Mrs May, and would ensure plans for a customs union and protection of workers' rights were on the table.

Mr Anning said the cause of the attacks was Muslim immigration.

Politicians from across the political divide joined forces to condemn the independent senator, with the motion passing the Upper House after more than an hour of debate.

It comes after to six weeks of largely peaceful mass protests driven by youth and pressure from the powerful army against his 20-year rule. Hundreds took to the streets of the capital after the announcement of the 82-year-old's departure.

Earlier in the day, army chief of staff Lieutenant General Ahmed Gaed Salah demanded the veteran ruler, who has been long in poor health, be declared immediately unfit for office.

Abdelkader Bensalah, chairman of the upper house of parliament, will run the country for 90 days until elections are held.

The tiny South-east Asian country of Brunei is introducing strict new laws that makes gay sex an offence punishable by stoning to death.

The new measures, which came in today, also cover a range of other crimes including punishment for theft by amputation.

The move has sparked international condemnation and outcry.

The Bruneian gay community has expressed shock and fear at the "medieval punishments".

Homosexuality was already illegal in Brunei and punishable by up to 10 years in jail.