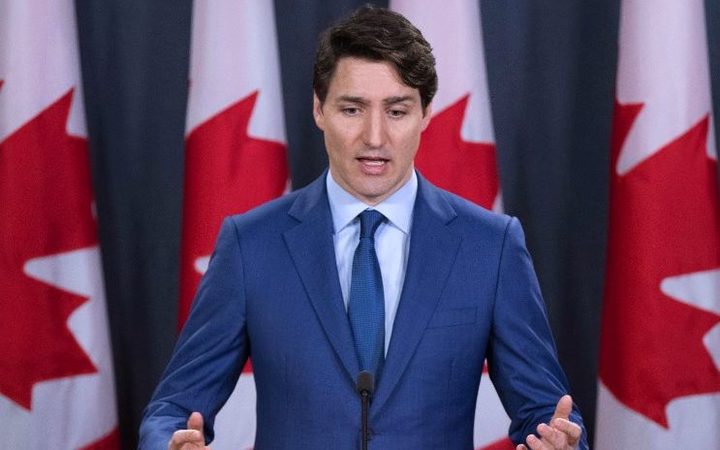 Justin Trudeau remains under pressure months out from a general election in Canada. Photo: AFP

Jody Wilson-Raybould says government officials tried to persuade her to shield the company from prosecution in a corruption case.

She gave an audio recording and other materials to a Commons committee.

The files were released publicly on Friday and are likely to increase pressure on Mr Trudeau who has struggled for weeks to contain the fallout from the controversy.

SNC-Lavalin is facing claims that former executives paid bribes to win contracts in Libya under Muammar Gaddafi's regime, which fell in 2011.

The Liberal prime minister has been accused of pressuring Ms Wilson-Raybould to push for a legal favour for SNC-Lavalin that would allow it to avoid prosecution and instead face alternative penalties like a fine.

The affair has seen the prime minister lose two top ministers - including Ms Wilson-Raybould, who resigned from cabinet in February - Canada's top bureaucrat, and a senior aide.

Mr Trudeau has denied any wrongdoing by either him or his staff and maintains nothing untoward happened.

But opinion surveys indicate that the controversy has shaken Mr Trudeau and his government's popularity months before a general election due in October.

What's on the tape?

The documents made public include an audio recording, lasting nearly 18 minutes, of a December phone call between Ms Wilson-Raybould and Clerk of the Privy Council Michael Wernick about the prosecution of SNC-Lavalin.

The former justice minister and attorney general said she took the "extraordinary and otherwise inappropriate step" of recording the call without Mr Wernick's knowledge because she wanted a precise account of the conversation.

She said was concerned about what she saw as attempts to interfere in the case. 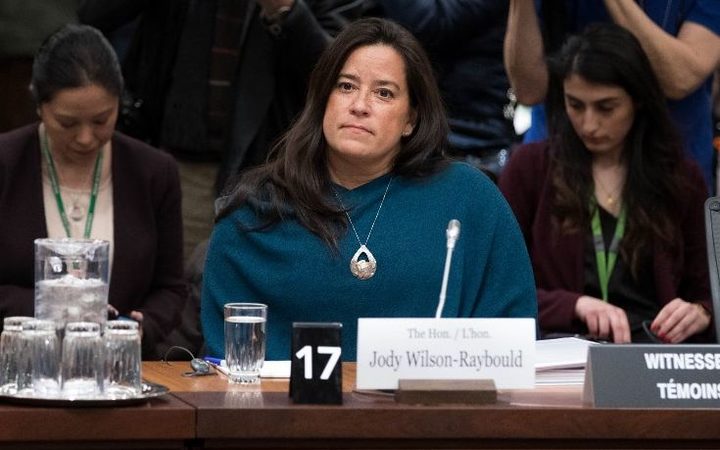 Jody Wilson-Raybould taped a conversation with the Clerk of the Privy Council Michael Wernick about the prosecution of SNC-Lavalin. Photo: AFP

In the call, there is a lengthy back and forth between the pair, during which the senior public servant repeatedly notes that the prime minister is interested in having the firm avoid prosecution in favour of an agreement. Mr Trudeau and his officials have said they are concerned that thousands of jobs are at risk if the engineering firm is convicted.

She pushes back, warning she felt the conversation was inappropriate and that continued communications about the matter could cross the lines of her prosecutorial independence as attorney general.

"The recording allows members of the committee to decide for themselves" about whether or not she was pressured by Mr Wernick, Ms Wilson-Raybould writes.

Mr Wernick stepped down as Canada's top bureaucrat this month.

What is parliament doing to investigate?

The Liberal-dominated justice committee dropped the inquiry into the SNC-Lavalin affair earlier this month, saying its objectives have been achieved.

After the committee ended the inquiry, Ms Wilson-Raybould announced that she would submit further materials to back up her testimony. Some 40 pages were released, which include copies of texts and emails, as well as Ms Wilson-Raybould's elaboration on her view of the events.

Opposition parties had wanted Ms Wilson-Raybould to return to the committee following her bombshell testimony in February, where she accused Mr Trudeau and members of his inner circle of spending months trying to politically interfere in the SNC-Lavalin matter.