A British Airways flight destined for Düsseldorf in Germany has landed in Edinburgh by mistake, after the flight paperwork was submitted incorrectly. 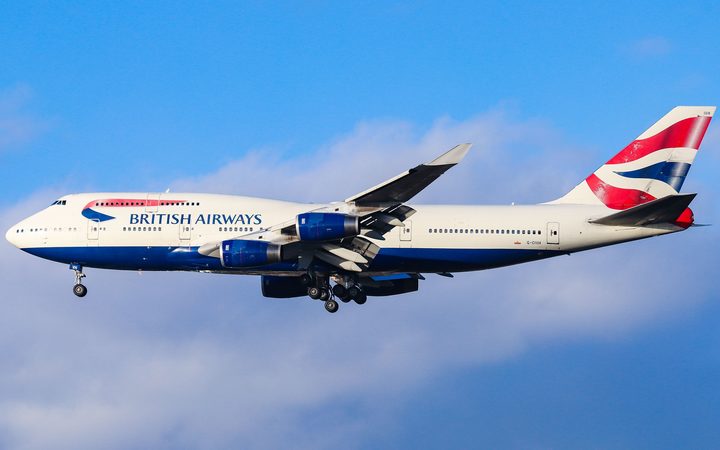 The passengers only realised the error when the plane landed and the "welcome to Edinburgh" announcement was made.

The plane, which started at London's City Airport, was then redirected and landed in Düsseldorf. WDL Aviation ran the BA flight through a leasing deal.

BA said it was working with WDL to find out why it filed the wrong flight plan.

"We have apologised to customers for this interruption to their journey and will be contacting them all individually," BA said in a statement.

On its final flight on Sunday, the plane flew to Edinburgh and back so it seems that someone at WDL mistakenly repeated the same flight plan for the next day, according to BA.

When the crew arrived at London City airport on Monday it is thought that they saw Edinburgh on the flight plan from the day before and followed the old flight route.

German firm WDL said it was "working closely with the authorities to investigate how the obviously unfortunate mix-up of flight schedules could occur".

"At no time has the safety of passengers been compromised. We flew the passengers on the flight with number BA3271 to Düsseldorf after the involuntary stopover in Edinburgh," it said.

BA declined to say how many passengers were affected by the mistake.

Sophie Cooke, a 24-year-old management consultant, travels from London to Düsseldorf each week for work.

She said when the pilot first made the announcement that the plane was about to land in Edinburgh everyone assumed it was a joke. She asked the cabin crew if they were serious.

The pilot then asked passengers to raise their hands if they wanted to go to Düsseldorf.

Everyone raised their hands.

"The pilot said he had no idea how it had happened. He said it had never happened before and that the crew was trying to work out what we could do."

Ms Cooke said the plane sat on the tarmac at Edinburgh for two-and-a-half hours, before flying onto Düsseldorf.

"It became very frustrating. The toilets were blocked and they ran out of snacks. It was also really stuffy," she said.

Passengers complained about the error on Twitter, with one person called Son Tran saying it felt "like an honest mistake".

@British_Airways can you please explain how can my morning flight taking off from LCY to Dusseldorf land in Edinburgh ? While an interesting concept, I don't think anyone on board has signed up for this mystery travel lottery... #BA3271 #frequenttravel #britishairways

BA responded saying it did not "currently have any information" as to why the flight had gone to the wrong place.

The flight has been diverted to Edinburgh, we don't have any information as to why at the moment. There is an estimated departure time of 10:30 from Edinburgh to make way to Dusseldorf. Sarah

We're sorry for any inconvenience this has caused. As we've previously advised we don't have currently have any information on this. However, we do know that there is an estimated departure at 10:30. Kieran

The airline said its customer service team in Düsseldorf had met all the passengers on arrival and would follow up with them "in due course".