UK Prime Minister Theresa May is writing to the EU to ask for Brexit to be postponed until 30 June with the option of a longer delay, cabinet sources say. 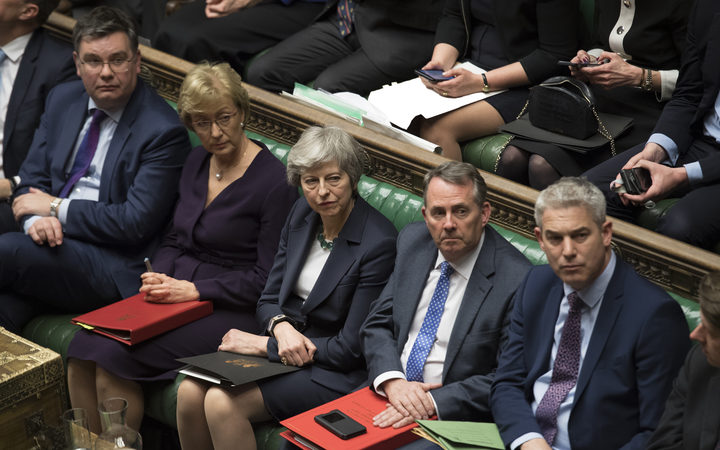 One minister told the BBC's Laura Kuenssberg there was "no agreement" around the cabinet table.

EU Brexit negotiator Michel Barnier said the EU would not grant a delay without a "concrete plan" from the UK about what they would do with it.

Under current law the UK will leave the EU with or without a deal in 10 days.

Mrs May said the UK would need a short extension to get the necessary legislation through Parliament, if MPs back her withdrawal deal.

She has warned Brexiteer Tories a longer extension will be needed if the deal does not get through Parliament - but any delay will have to be agreed by all 27 EU member states.

One cabinet source said the longer delay could be up to two years, but Downing Street sources said there was no final decision at cabinet on the length of an extension and a date had not been set.

Another cabinet source said they were frustrated that the prime minister had not been clear about which delay option she would be arguing for.

Mrs May is heading to Brussels on Thursday to discuss the delay options with EU leaders.

Commons leader Andrea Leadsom is said to have criticised her cabinet colleagues, saying it is now a "Remain cabinet", not a "Brexit Cabinet", Kuenssberg said.

MPs rejected Theresa May's deal for a second time last week by 149 votes. They also voted in favour of ruling out leaving the EU without a deal, and in favour of extending the Brexit process.

The prime minister had hoped to have another try at getting MPs to back the withdrawal deal she has agreed with the EU this week - but Speaker John Bercow effectively torpedoed that with his surprise intervention on Monday.

He said he would not allow a third "meaningful vote" in the coming days on "substantially the same" motion as MPs rejected last week.

Mr Bercow declined to discuss the reasons for his decision when questioned by the BBC, as he made his way in to Parliament.

Brexit Secretary Stephen Barclay suggested a vote could take place next week - after Mrs May has sought a delay to Brexit from the EU.

He said it was important to "respect the referee" and abide by his decisions - but, he added, Mr Bercow himself had said, in the past, that if Parliament was guided only by precedent then "nothing ever would change".

Mr Barclay suggested that MPs would "find a way" to get another vote, if the government manages to persuade enough of them, including the 10 Democratic Unionists, to change their mind and back the deal. 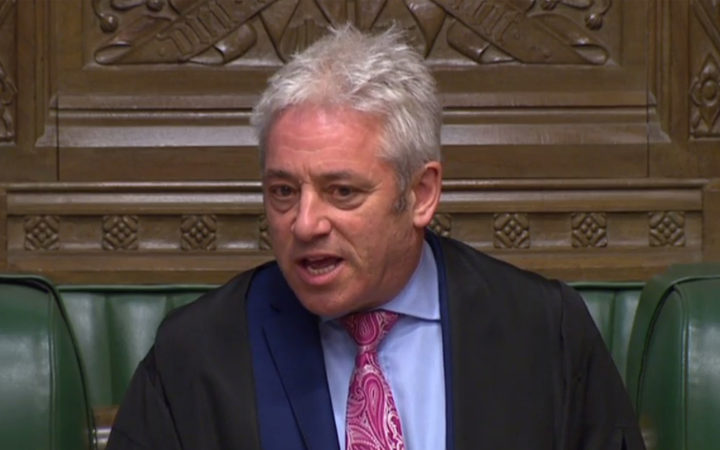 What is the EU saying?

At a press conference in Brussels, the EU's chief negotiator Mr Barnier said it was up to the 27 EU leaders to decide whether to grant a delay, based on what was in the "best interest" of the EU.

But for a longer delay "there needs to be a new event" or a "new political process" - so that "we are not back in the same situation as today".

"Extending the uncertainty without a clear plan would add to the economic cost for our business but will also incur a political cost for the EU," said Mr Barnier.

"It is for the British government and Parliament to decide very quickly what the UK wants to do next."

Mr Barnier also warned that UK MPs voting against "no deal" would not prevent it from happening, saying that "everyone should now finalise all preparations for a no-deal scenario".

Earlier, German Chancellor Angela Merkel said she would struggle until the last possible moment to achieve an orderly Brexit, saying the interests of Germany, Britain and the EU were at stake.

"I will fight to the last hour of the deadline on 29 March for an orderly exit," she told a press conference in Berlin. "We don't have a lot of time for it but still have a few days."

"President Tusk expressed the strong and ongoing solidarity with Ireland of the European Council and European leaders," their statement said.

"They agreed that we must now see what proposals emerge from London in advance of the European Council meeting in Brussels on Thursday."

What about the opposition parties?

Mr Corbyn called on the other parties to "engage constructively" to find a Parliamentary majority for a close economic relationship with the EU, the spokesperson said.

Mr Corbyn was also due to meet members of the group of MPs calling for a so-called Norway Plus style of future relationship with the EU.