British MPs have voted by a majority of more than 200 to ask the European Union to delay Brexit beyond 29 March to allow the government more time to reach a deal. 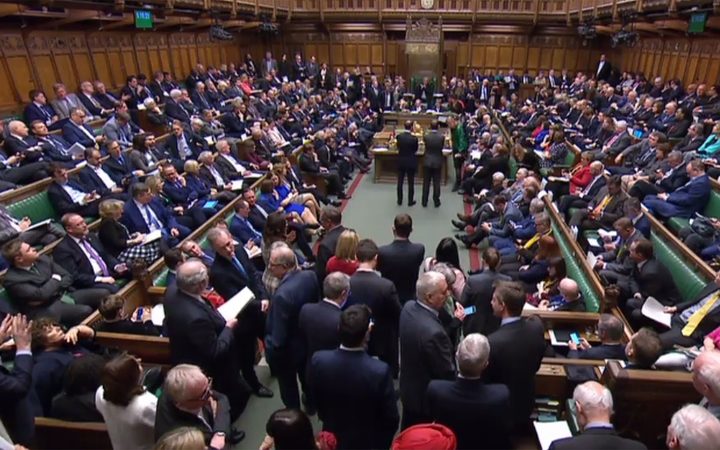 Ahead of today's House of Commons vote, Prime Minister Theresa May warned MPs that if her deal fails again to get their backing, a lengthy delay to Brexit may be needed.

MPs have twice rejected Mrs May's deal to withdraw from the EU.

She will to make a third attempt next week to get it through Parliament and the MPs in her divided Conservative Party.

Now Parliament has backed a delay, EU member states have to agree to extend the deadline.

The European Commission said a delay required the unanimous agreement of all 27 member states and it was up to the the European Council to consider the request at its summit on 21 March.

The council's president, Donald Tusk, has indicated openness to a long extension.

During my consultations ahead of #EUCO, I will appeal to the EU27 to be open to a long extension if the UK finds it necessary to rethink its #Brexit strategy and build consensus around it.

Before the main vote, MPs rejected an amendment calling for a second referendum by an overwhelming 334-85. Most opposition Labour MPs did not back the measure and even campaigners for a so-called People's Vote said the time was not yet right for Parliament to vote on the matter.

Other amendments, that would have allowed Parliament time to find different Brexit approach were been narrowly defeated.

The main government motion was for an extension to the Article 50 process for leaving the EU until 30 June if Parliament approves the government's Brexit deal by 20 March. It was approved by 413 votes to 202 (amending the initial announcement which had the numbers at 412-202).

The UK government has said there could be a much longer delay, requiring the UK to take part in elections for the European Parliament in May, the prime minister has said, in the event her deal is not approved.

The Northern Irish Democratic Unionist Party (DUP) - which twice rejected Mrs May's deal in the Commons - is holding talks with the government to see if a solution could be found allowing its MPs to support the prime minister in a future vote. 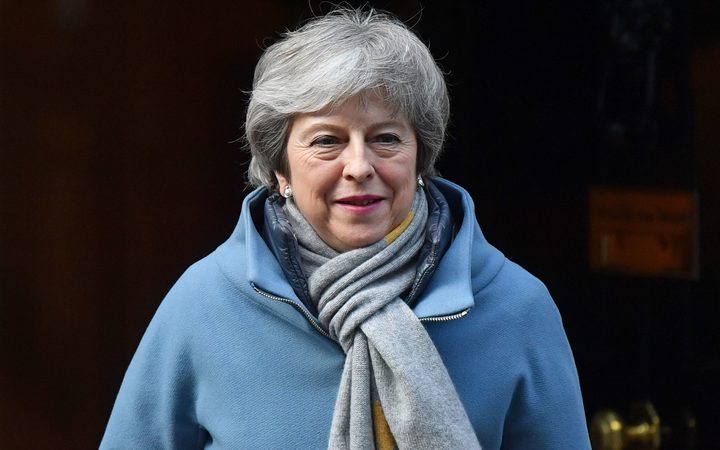 PM Theresa May leaves 10 Downing Street ahead of the vote on delaying Brexit. Photo: AFP

Today's voting - the third this week - comes after MPs sent a message they do not want to leave the European Union without an agreement, rejecting a no-deal exit by 321 to 278 votes. The motion is not legally binding and does not rule out Britain leaving the EU.

Theresa May was not in parliament for the vote.

Labour leader Jeremy Corbyn said the prime minister should accept that her deal and no deal were "no longer viable options".

He urges Theresa May to bring bring forward the necessary legislation to amend the date of Brexit.

He told he Commons Labour had a plan for the UK to leave the EU but also reiterated his support for a public vote on the issue, "not as political point-scoring but as a realistic option to break the deadlock".

Labour abstained on the earlier vote calling for another referendum - arguing that now was not the right time for a fresh vote.