A man and a woman have suffered suspected broken arms after being hit by a car outside a pub in Adelaide. 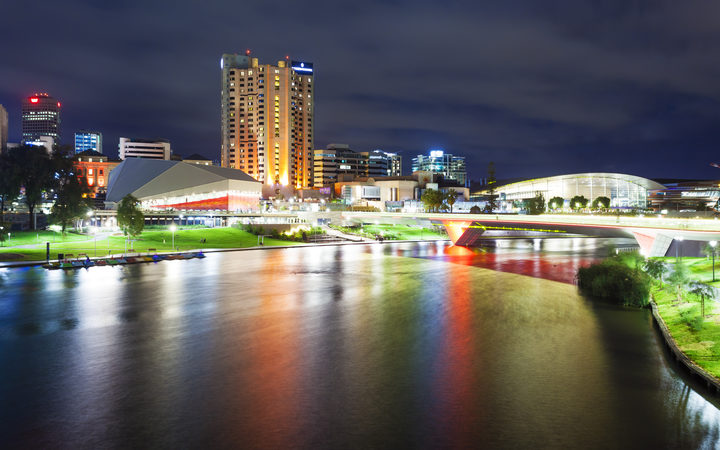 The man was hit twice - once in the Walkers Arms Hotel car park and a second time on North East Road outside the venue - early this morning.

Police have charged two people with acts to endanger life.

They said the charged 28-year-old man and 23-year-old woman were having a domestic dispute at the hotel about 2am.

A 21-year-old man intervened and a "scuffle ensued".

Police alleged the charged couple then got into a black Hyundai sedan and drove at a group of up to 10 people in the car park, hitting the man who intervened earlier along with a 20-year-old woman.

The man then ran onto North East Road and was allegedly struck by the car again.

Police said both of the alleged victims were taken by ambulance to the Royal Adelaide Hospital with suspected fractured arms.

The accused pair were arrested after returning to the hotel after the crash.

They are expected to face the Port Adelaide Magistrates Court tomorrow.

The man has also been charged with driving while disqualified.

Major Crash investigators arrived at the scene at 11am. They are still looking for the car involved, which has the registration XDO429.