The founder of Huawei has said there is "no way the US can crush" the company, in an exclusive interview with the BBC. 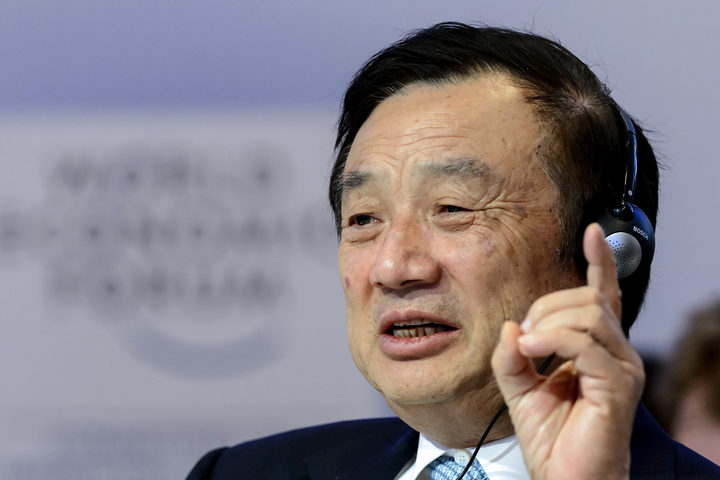 Ren Zhengfei pictured at the World Economic Forum in Davos in 2015. Photo: AFP

The US is pursuing criminal charges against Huawei and Ms Meng, including money laundering, bank fraud and stealing trade secrets.

In his first international broadcast interview since Ms Meng was arrested, Mr Ren dismissed the pressure from the US.

"There's no way the US can crush us," he said. "The world cannot leave us because we are more advanced. Even if they persuade more countries not to use us temporarily, we can always scale things down a bit."

However, he acknowledged that the potential loss of custom could have a significant impact.

"Even if they persuade more countries not to use us temporarily, we can always downsize and become smaller," he added.

Last week, US Secretary of State Mike Pompeo warned the country's allies against using Huawei technology, saying it would make it more difficult for Washington to "partner alongside them".

Australia, New Zealand, and the US have already banned or blocked Huawei from supplying equipment for their future 5G mobile broadband networks, while Canada is reviewing whether the company's products present a serious security threat.

Mr Ren warned that "the world cannot leave us because we are more advanced".

"If the lights go out in the West, the East will still shine. And if the North goes dark, there is still the South. America doesn't represent the world. America only represents a portion of the world."

Yesterday it was revealed that the UK's National Cyber Security Centre had decided any risk posed by using Huawei technology in UK telecoms projects can be managed.

Many of UK's mobile companies, including Vodafone, EE and Three, are working with Huawei to develop their 5G networks.

They are waiting on a government review, due in March or April, that will decide whether they can use Huawei technology.

Commenting on the possibility of a UK ban, Mr Ren said Huawei "won't withdraw our investment because of this. We will continue to invest in the UK."

"We still trust in the UK, and we hope that the UK will trust us even more."

"We will invest even more in the UK. Because if the US doesn't trust us, then we will shift our investment from the US to the UK on an even bigger scale."

Mr Ren's daughter Meng Wanzhou, Huawei's chief financial officer, was arrested on 1 December in Vancouver at the request of the US, and is expected to be subject of a formal extradition request.

In total, 23 charges are levelled against Huawei and Ms Weng. The charges are split across two indictments by the US Department of Justice.

The first covers claims Huawei hid business links to Iran - a country subject to US trade sanctions, while the second includes the charge of attempted theft of trade secrets.

Mr Ren was clear in his opposition to the US accusations.

"Firstly, I object to what the US has done. This kind of politically motivated act is not acceptable."

"The US likes to sanction others, whenever there's an issue, they'll use such combative methods."

"We object to this. But now that we've gone down this path, we'll let the courts settle it."

Huawei, which is China's largest private company, has been under scrutiny for its links to the Chinese government - with the US and others expressing concern its technology could be used by China's security services to spy.

Under Chinese law, firms are compelled to "support, co-operate with and collaborate in national intelligence work".

But Mr Ren said that allowing spying is a risk he wouldn't take.

"We're not going to risk the disgust of our country and of our customers all over the world, because of something like this."

"Our company will never undertake any spying activities. If we have any such actions, then I'll shut the company down."

The company has has launched an advertising campaign and said New Zealand risks missing out on having the best possible network.