American footballer Colin Kaepernick has reached a settlement with the NFL over his 'collusion' case against team owners. 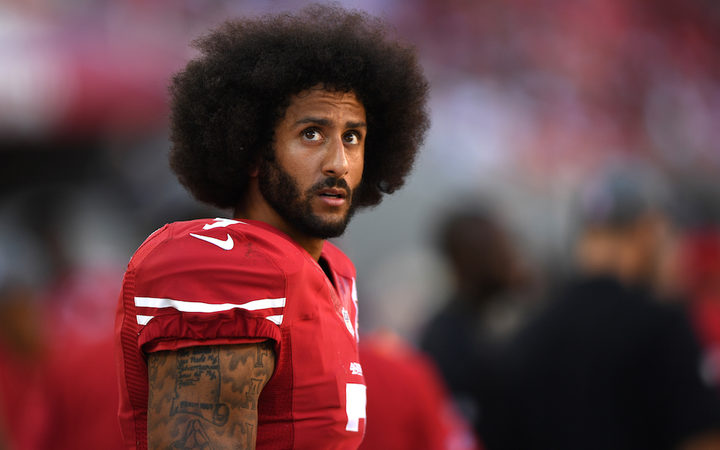 The former San Francisco 49ers quarterback believed owners were conspiring not to hire him because of his protests against racial injustice in the USA.

Kaepernick started protests by kneeling during the US national anthem.

The 30-year-old has been without a team since opting out of his 49ers contract in March 2017.

Carolina Panthers safety player Eric Reid, who was the first player to join then 49ers team-mate Kaepernick in kneeling, has also settled his own collusion case.

On Friday, their lawyers and the league released a joint statement, saying the pair had been "engaged in an ongoing dialogue with representatives of the NFL" over recent months.

"As a result of those discussions, the parties have decided to resolve the pending grievances," the statement read.

"The resolution of this matter is subject to a confidentiality agreement so there will be no further comment by any party."

A statement from the NFL Players Association said: "We are not privy to the details of the settlement, but support the decision by the players and their counsel.

"We continuously supported Colin and Eric from the start of their protests, participated with their lawyers throughout their legal proceedings and were prepared to participate in the upcoming trial in pursuit of both truth and justice for what we believe the NFL and its clubs did to them.

"We are glad that Eric has earned a job and a new contract, and we continue to hope that Colin gets his opportunity as well."