European aircraft manufacturer Airbus has pulled the plug on its struggling A380 superjumbo, which entered service just 12 years ago. 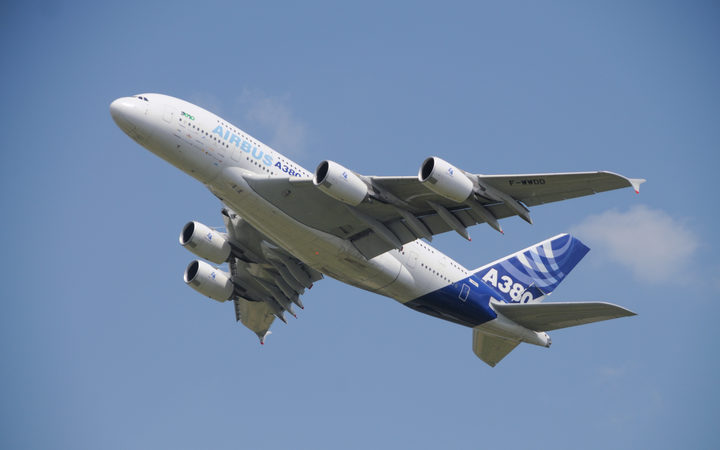 The Airbus A380 cost $25 billion to develop, but will soon be dropped from the production line. Photo: 123rf

Airbus said last deliveries of the world's largest passenger aircraft, which cost about $25 billion to develop, would be made in 2021.

The decision comes after Emirates, the largest A380 customer, cut its order.

The A380 faced fierce competition from smaller, more efficient aircraft and has never made a profit.

What has prompted Airbus' decision?

The A380's future had been in doubt for several years as orders dwindled. But in a statement on Thursday, Airbus said the "painful" decision to end production was made after Emirates reduced its latest order. The Dubai-based airline is cutting its overall A380 fleet size from 162 to 123.

Emirates said it would take delivery of 14 further A380s over the next two years, but has also ordered 70 of Airbus' smaller A330 and A350 models.

"Emirates has been a staunch supporter of the A380 since its very inception," said the airline's chairperson Sheikh Ahmed bin Saeed al-Maktoum. "While we are disappointed to have to give up our order, and sad that the programme could not be sustained, we accept that this is the reality of the situation."

The order cut meant keeping production going was not viable, said Airbus chief executive Tom Enders, who is due to step down in April.

There was "no basis to sustain production, despite all our sales efforts with other airlines in recent years" he said.

Airbus has taken a €463m charge for shutdown costs, but it is expected that the repayment of government loans could be waived to help cushion the blow.

The aerospace giant said the financial impact of the decision was "largely embedded" in the firm's 2018 results, which showed a net profit for 2018 of €3bn up nearly 30 percent from the previous year.

Airbus said it would deliver between 880 and 890 new commercial aircraft this year. 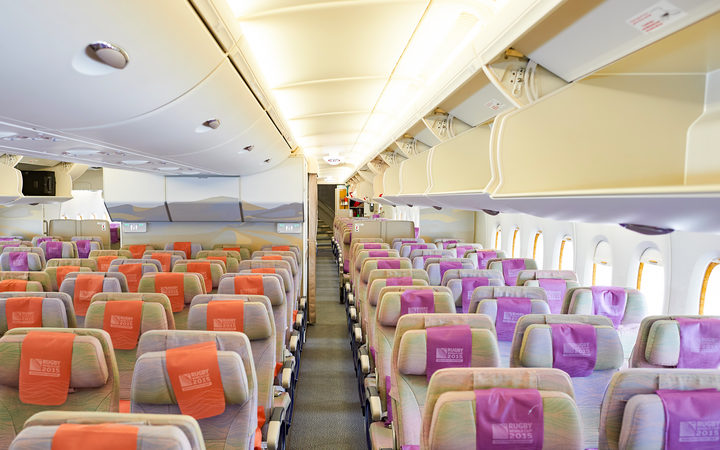 The interior of the Airbus A380, which will soon be axed from production. Photo: 123rf

What does it mean for jobs?

Airbus said it would start discussions with partners regarding the "3,000 to 3,500 positions potentially impacted over the next three years".

The BBC understands that around 200 jobs in the United Kingdom could be under threat from the decision.

Airbus said it hoped to redeploy some staff to other projects.

"It needs to be evaluated. It's clear we make a lot of wings in Britain and a few wings for the A380,"Mr Enders said.

"Hopefully we can redeploy a significant number of our employees there and re-use also the infrastructure."

Airbus UK makes the wings for its wide variety of aircraft in the UK. The company employs about 6,000 staff at its main wings factory at Broughton in Flintshire, as well as 3,000 at Filton, near Bristol, where wings are designed and supported.

Parts of the A380 are manufactured in France, Germany, Spain, and the UK, with final assembly and finishing split between Toulouse and Hamburg.

Airbus had already cut staffing as A380 orders dried up, and the future of employment at the company very much now depends on the success of its new generation of aircraft.

Unite, the largest union representing aerospace workers in the UK and Ireland, said it was "bitterly disappointed" by the news, adding it would seek "urgent assurances" from Airbus that there would be no job losses because of the decision.

"We are of the firm belief that with a full order book in single aisle planes, such as the A320, that our members affected can be redeployed on to other work in Airbus," said Rhys McCarthy, Unite's national officer for aerospace.

Why has demand for the A380 fallen?

The spacious jet, which had its first commercial flight in 2007 with Singapore Airlines, was popular with passengers but it was complicated and expensive to build, in part thanks to the way production was spread across various locations.

But ultimately demand for the A380 from airlines dried up as the industry shifted away from larger planes in favour of smaller, wide-body jets.

When Airbus was conceiving the A380, Boeing was also considering plans for a superjumbo. But the United States company decided to scrap the idea in favour of its smaller, efficient - and more successful - 787 Dreamliner.