NASA has announced the space mission that sent the longest-lived robot ever from Earth to the surface of another planet is over. 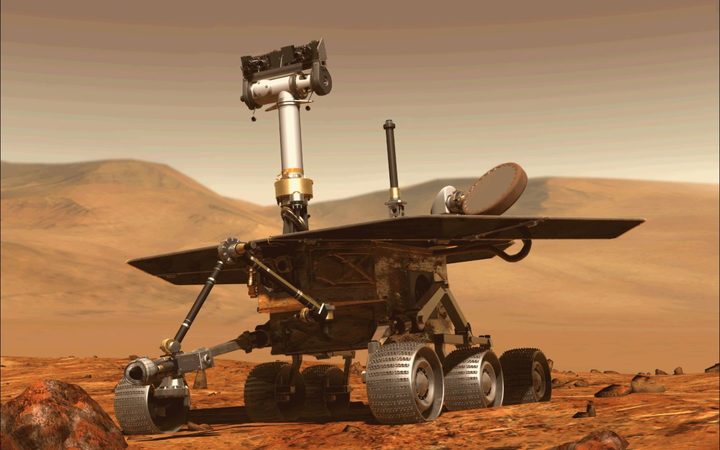 The "Opportunity" rover has spent most of the last 15 years exploring the surface of Mars.

Designed to last only three months, and travel only 1000 metres, Opportunity provided scientists a close-up view of Mars that they had never seen.

It ended up travelling more than 45 kilometres in its life.

Its greatest achievement was discovering evidence that ancient Mars had water flowing on its surface, and might have been capable of sustaining microbial life.

The vehicle ceased responding after being caught up in a massive Martian dust storm last year.

The last communication from the rover was received 10 June.

"When I think of Opportunity, I will recall that place on Mars where our intrepid rover far exceeded everyone's expectations," John Callas, manager of the Mars Exploration Rover (MER) project at JPL said.

"But what I suppose I'll cherish most is the impact Opportunity had on us here on Earth. It's the accomplished exploration and phenomenal discoveries. It's the generation of young scientists and engineers who became space explorers with this mission. It's the public that followed along with our every step. And it's the technical legacy of the Mars Exploration Rovers, which is carried aboard Curiosity and the upcoming Mars 2020 mission.

Opportunity's primary objective was: To seek out historical evidence of the Red Planet's climate and water at sites where conditions may once have been favourable for life.

"It is because of trailblazing missions such as Opportunity that there will come a day when our brave astronauts walk on the surface of Mars," NASA Administrator Jim Bridenstine said.

"And when that day arrives, some portion of that first footprint will be owned by the men and women of Opportunity, and a little rover that defied the odds and did so much in the name of exploration."