A person who went into an abandoned house so they could smoke cannabis found a neglected tiger inside. 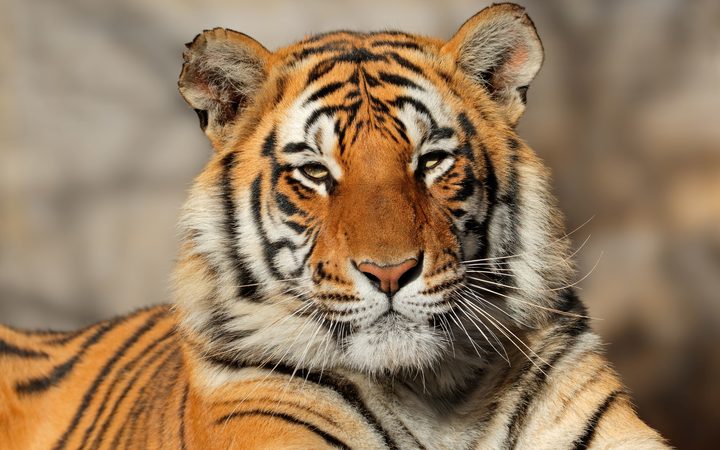 Despite being relatively calm for a tiger in its situation, it was tranquilised so officers could get it out of the house safely. Photo: 124rf / Nico Smit

Police in Houston, Texas in the US said that when the person called to report what they had seen on Monday, they thought the caller was hallucinating.

But when they arrived there was indeed a large tiger, locked inside a cramped cage in the garage.

A few packages of meat had been kept nearby, but there was otherwise no sign that anyone lived in the house.

Officers told local news networks that they will now investigate how it ended up there.

They said the "concerned citizen" who first saw the tiger didn't live in the house, and was just trying to get in so they could "smoke marijuana".

"We questioned them as to whether they were under the effects of the drugs or [whether] they actually saw a tiger," Jason Alderete, from Houston Police Department, told ABC-affiliate KTRK.

Police also described the cage as "rinky-dink", according to CBS, and said it had been secured with a screwdriver and a nylon strap.

Despite being relatively calm for a tiger in its situation, it had to be tranquilised so animal rescue officers could get it out of the house safely.

It is now being transferred to a sanctuary elsewhere in Texas - although the exact location has not been publicly disclosed.

Tigers are native to South and South East Asia, and to the far-east of Russia. They are endangered - the WWF estimates there are fewer than 4,000 left in the wild.