A remote Russian region has declared a state of emergency over the appearance of dozens of polar bears in its human settlements, local officials say. 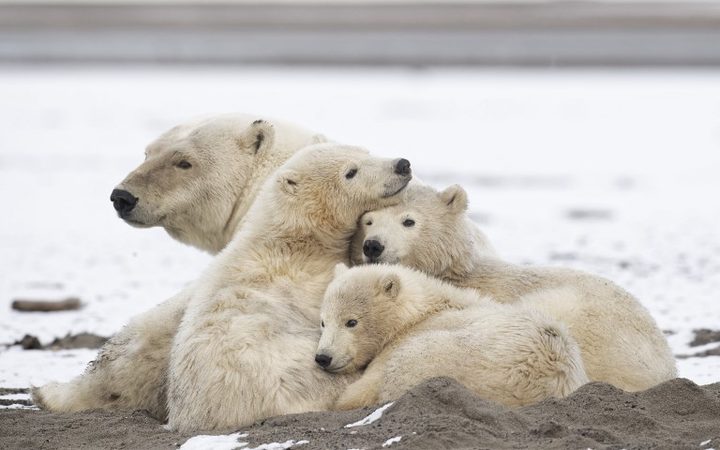 Polar bears are forced on to land to look for food as sea ice diminishes. Photo: AFP

Authorities in the Novaya Zemlya islands, home to a few thousand people, said there were cases of bears attacking people and entering residential and public buildings.

Polar bears are affected by climate change and are increasingly forced on to land to look for food.

Russia classes them as endangered.

Hunting the bears is banned, and the federal environment agency has refused to issue licences to shoot them.

The bears had lost their fear of police patrols and signals used to warn them off, meaning that more drastic measures were needed, officials said.

They said that if other means to scare off the bears failed a cull could be the only answer. 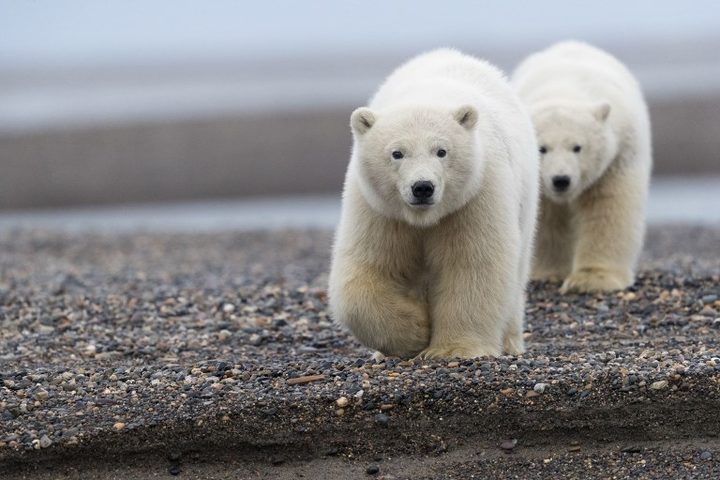 The influx of polar bears has led to people in areas such as Belushya Guba being too afraid to leave their homes. Photo: AFP

The archipelago's main settlement, Belushya Guba, has reported 52 bears in its vicinity, with between six and 10 constantly on its territory.

Local administration head Vigansha Musin said more than five bears were on the territory of the local military garrison, where air and air defence forces were based.

"I've been on Novaya Zemlya since 1983," he said. "There's never been such a mass invasion of polar bears."

His deputy said normal life was being disrupted by the threat.

"People are scared, afraid to leave their homes, their daily routines are being broken, and parents are unwilling to let their children go to school or kindergarten," the deputy head of the local administration, Alexander Minayev, said.

With Arctic sea ice diminishing as a result of climate change, polar bears are forced to change their hunting habits and spend more time on land looking for food - which potentially puts them in conflict with humans.

In 2015 five Russian scientists were besieged by polar bears for several weeks at a remote weather station on the island of Troynoy, east of Novaya Zemlya.