Lady Gaga's Shallow just keeps winning this awards season, picking up a Grammy before competing for other major awards later in the day. 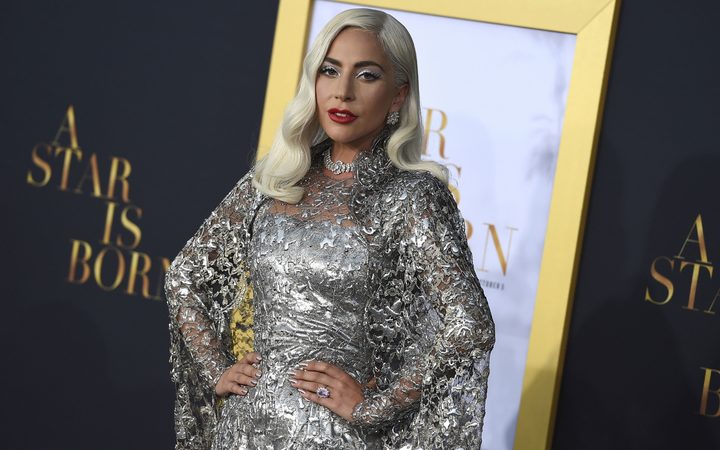 Gaga won best song written for visual media for Shallow, sharing the honor with co-writers Mark Ronson, Andrew Wyatt and Anthony Rossomando. The song from A Star Is Born also won a Golden Globe and is nominated for an Oscar. It was also honored at the Critics' Choice Movie Awards and the Satellite Awards.

The track will compete for more Grammys, including song of the year, record of the year and best pop duo/group performance.

This is America by Childish Gambino won song of the year. It's also took out best music video.

Hugh Jackman, an Emmy and Tony winner, won his first Grammy, picking up best compilation soundtrack for visual media for The Greatest Showman.

Beck was a double winner during the pre-telecast, taking home best alternative music album and best engineered album (non-classical) for Colors. Emily Lazar, one of the engineers who worked on the album and won alongside Beck, said onstage that she was the first female mastering engineer to win in the latter category.

Dave Chappelle and "Weird Al" Yankovic picked up early awards ahead of the live show, which was scheduled to kick off at 2pm NZDT.

Women were strongly represented at this year's Grammys. That's in contrast to last year's ceremony, where male acts dominated in nominations and the only woman competing for the top award, Lorde, didn't get a chance to perform onstage.

Janelle Monae remembers being frustrated last year, but this year she is looking forward to the show, where women are now leading in nominations for big categories like album of the year and best new artist.

"This is going to be a special Grammys. As much as it is about me, it's not just about me," said Monae, who gave a powerful speech last year ahead of Kesha's emotional and striking performance celebrating sisterhood and women's rights.

Monae's groundbreaking album, Dirty Computer, is one of five albums by women nominated for the top prize at Sunday's show at the Staples Center in Los Angeles. Cardi B's Invasion of Privacy, Kacey Musgraves' Golden Hour, Brandi Carlile's By the Way, I Forgive You and H.E.R.'s self-titled album are also in contention.

Carlile is the most nominated woman with six nominations, including bids for song and record of the year with The Joke. Women also have a strong presence in those top categories, including Lady Gaga, SZA, Maren Morris and Ella Mai.

"This is just the beginning of moving to a more inclusive future," Monae said.

When asked about the lack of women in the top categories at the 2018 Grammys, Recording Academy CEO Neil Portnow said women need to "step up." He later acknowledged that it was a "poor choice of words," and his much-criticised remarks forced the academy to launch a new task force focused on inclusion and diversity.

The lead-up to this year's Grammys has not been completely smooth, though. This week Ariana Grande blasted Grammys producer Ken Ehrlich and accused him of lying about why she was no longer performing at the show.

Ehrlich told the AP that Grande "felt it was too late for her to pull something together." She responded on Twitter and said she "can pull together a performance over night and you know that, Ken."

"It was when my creativity and self-expression was stifled by you that I decided not to attend. I hope the show is exactly what you want it to be and more," she continued.

Carlile told the AP she stands behind Grande's "decision to stand up for herself and her art".

"And I feel like it's a time in this country when women need to support each other and their decisions. I support her and I support her decision," she added.

Grande is nominated for two awards and could miss the chance to give a speech onstage if she wins. Other big stars also declined to attend, including Kendrick Lamar, the top nominee with eight, and Drake, nominated for seven awards. Taylor Swift, who was snubbed and scored one nomination, also won't be at the show.

Drama has also surrounded the Grammys around its Motown Records tribute: Some people complained when a promo aired on CBS showing Jennifer Lopez as the act set to honour the legendary record label, which launched the careers of the Jackson 5, the Supremes, Stevie Wonder, Marvin Gaye and more.

Some complained that a black artist should be involved in the tribute, while others said stronger vocalists should perform over Lopez. A representative for the Grammys didn't return an email seeking clarification about the tribute.