The Trump administration has persuaded a US appeals court to reconsider its recent decision ordering the Environmental Protection Agency to ban the widely-used pesticide chlorpyrifos, which critics say can harm children and farmers. 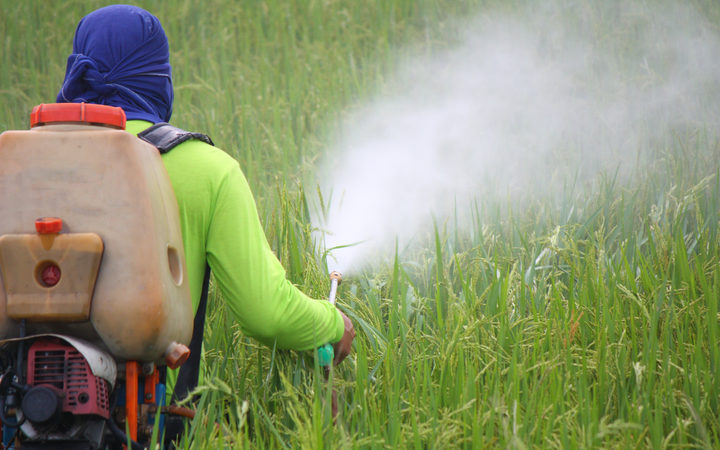 In an order yesterday, the 9th US Circuit Court of Appeals said it would again review former EPA administrator Scott Pruitt's March 2017 refusal to ban chlorpyrifos for use on food crops such as fruits, vegetables and nuts.

Pruitt's ruling reversed a 2015 Obama administration plan to extend a 2000 ban on the pesticide that had covered most household settings.

The appeals court had, in a 2-1 decision last August 9, directed the EPA to ban chlorpyrifos within 60 days.

It cited the agency's failure to consider, or debunk, "scientific evidence" associating the pesticide with low birth rates, impaired mental development, attention and behaviour problems, and other damage to children.

Chlorpyrifos, developed as a nerve gas in World War II, has been used commercially in the United States since 1965.

"EPA's own scientists have said for more than two years that chlorpyrifos is harmful, particularly to children," said Patti Goldman, a lawyer for Earthjustice representing the groups, in a statement.

"Any delay to ban this toxic chemical is a tragedy."

If the 9th Circuit upholds Pruitt's original ruling, it will be a win for President Donald Trump, who along with other Republicans has long criticized what is widely viewed as one of the more liberal federal appeals courts.

In seeking a rehearing, the EPA said the appeals court lacked jurisdiction to review Pruitt's ruling, and otherwise should have simply directed him to reconsider the evidence rather than order a ban.

The EPA is now overseen by acting administrator Andrew Wheeler.

A spokeswoman said the agency was pleased the case will be reheard, and that federal rules allowing the pesticide's use "can continue, as permitted by state law," during the appeals process.