A New Zealander is among four people found dead after an avalanche near the Italian resort of Courmayeur. 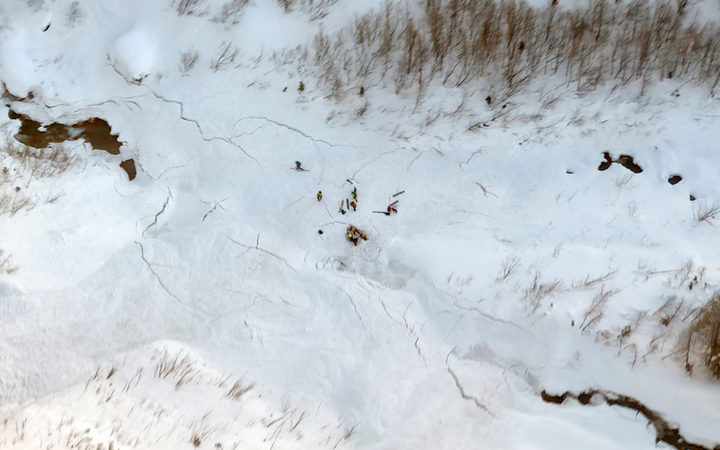 Eight people died in Italy as a result of weekend avalanches. Photo: AFP

The Ministry of Foreign Affairs and Trade has confirmed assitance is being provided to the family of a New Zealand citizen killed in an avalanche.

It said the New Zealand Embassy in Rome is providing the support but for privacy reasons no further information will be released.

Two people from the UK and two from France were reported missing on Sunday afternoon, when the risk of avalanches in the area was high.

Searchers found all four bodies on Monday after a lengthy search.

In all, eight people, including a Belgian snowboarder, died in Italy as a result of weekend avalanches.

The UK's Foreign and Commonwealth Office (FCO) earlier said it was "supporting the family of a British man who has been reported missing, and are in contact with the Italian search and rescue team."

Italian newspaper La Repubblica said the alarm had been raised by friends of the two skiers from Britain at around noon on Sunday, when the pair failed to arrive at a meeting point. They were on the last day of their holiday, the newspaper said.

Italian media also reported that the skiers had gone off-piste - meaning they were not skiing on the slopes carefully managed by the nearby resort.

Search operations were hampered by the continuing risk of avalanches, preventing search teams from going on foot, and search efforts had to temporarily suspended on Sunday.

The fourth victim was found on Monday afternoon, hours after the earlier discovery of three bodies, some distance away.

Two other avalanche victims had been found dead earlier on Sunday in the same region - the Aosta Valley.

Several Italian residents were among the eight killed at the weekend, local media report.

The national alpine rescue group has encouraged snowsport enthusiasts to check what level of avalanche warning is in effect every day, and to "carry out all activities with the greatest caution".