By Sophie McNeill, Sharon O'Neill and Mary Fallon from ABC

Witnesses and activists have accused Australian Border Force officers of targeting Saudi Arabian women whom they suspect will apply for asylum and blocking them from entering the country when they arrive at Australian airports. 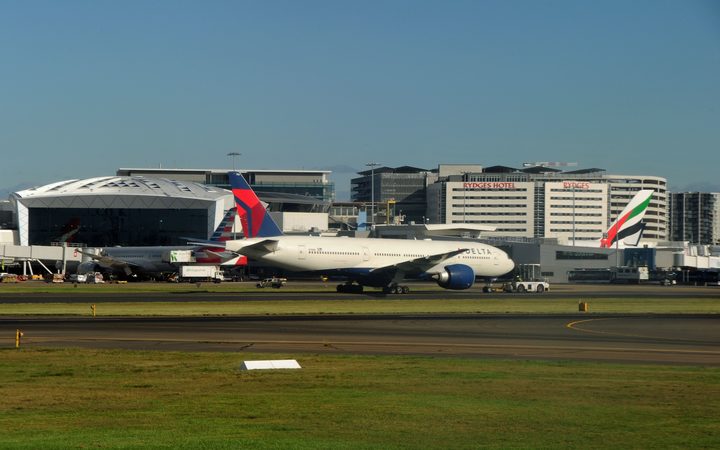 Four Corners has evidence of at least two young Saudi women who arrived at Sydney Airport in the past two years but were turned back after making their asylum claims clear to Australian officials.

Four Corners has also been told that Saudi women who arrive alone at Australian airports are being questioned as to why they are travelling without a male guardian.

At least 80 Saudi women have sought asylum in Australia in recent years, many of them fleeing Saudi Arabia's oppressive male guardianship laws, which allow their husbands, fathers, brothers, uncles and even sons to strictly control their lives.

Four Corners has spoken to several Saudi women who managed to escape the Middle Eastern kingdom and make it to Australia. All of them remain on bridging visas waiting for their asylum claims to be processed.

One of them is 28-year-old Ranya*. In early 2017 she waited at Sydney Airport for her friend to emerge from arrivals, but she never came out.

"She was planning to apply for asylum here, she came from Saudi to Indonesia and Indonesia to Sydney," she said.

Dr Taleb Al Abdulmohsen, a Saudi political activist living in Germany, was in close contact with Amal*, a Saudi woman who reached Sydney Airport in November 2017 and described to him what happened to her.

"They suspected she was going to claim asylum. When they said she wasn't going to be allowed entry and would be returned to Saudi Arabia she did then ask for asylum. But they didn't let her make that claim," he said.

Amal messaged Dr Abdulmohsen and told him the Australians had put her in a detention centre and she was not offered a lawyer.

"After three days they forced her deportation. She was sent back to South Korea, where she had been in transit on her way to Sydney," he said.

The activist heard briefly from Amal once she arrived in Seoul. She told him she was panicked about being stopped by Saudi officials and didn't know where she was going next.

Dr Abdulmohsen says he then lost contact with Amal.

"We don't know what happened to her," he said.

Four Corners can also reveal the case of two Saudi sisters who were blocked from boarding a flight to Sydney from Hong Kong.

On September 6 last year, the sisters were confronted by the Saudi Consul General as they transited through Hong Kong airport, and prevented from boarding their scheduled flight.

The sisters had valid Australian visas and they booked seats on the next Qantas flight, but Four Corners can confirm an Australian Border Force official working in Hong Kong airport blocked them from boarding that flight too, after reportedly suspecting they were going to claim asylum.

The Department of Home Affairs cancelled the women's visas and declined to comment on the case.

The young women have now spent the last four months living in hiding in Hong Kong, moving locations several times to avoid their family or Saudi authorities tracking them down.

These two sisters stuck in Hong Kong after Saudi Arabia government stopped them took their passports called Australia embassy in there to cancel their visas & they did.
Saudi government with some peoples who work for Arabics airlines helped each other to keep these 2 girls pic.twitter.com/mL0LciWUWB

In early January, Saudi teenager Rahaf Mohammed made global headlines when she locked herself inside a Bangkok airport hotel after she was stopped by Thai immigration officials as she tried to reach Australia.

Rahaf, who was granted asylum in Canada after the UNHCR intervened, told Four Corners she had been warned about the questions Australian Border Force officials would ask her when she arrived. 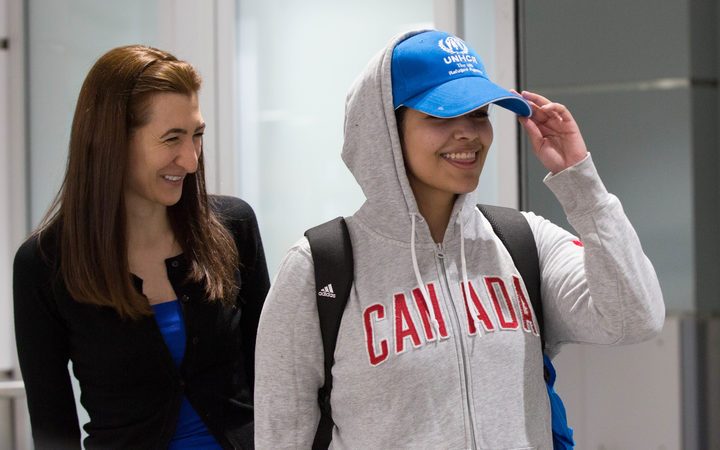 "I heard that they investigate women, especially Saudi women and ask them where their guardian is," she said.

"So, my plan was to tell them that my father knew about this and he has allowed me to travel."

Activists have also reported that Australian Border Force officials have asked for the phone numbers of women's male guardians.

"They started to meticulously interrogate girls at the Australian airport at least since August 2017. It is getting worse," Saudi activist Dr Abdulmohsen said.

He described one case where a woman was questioned about travelling alone.

"They ask the Saudi woman if her male guardian allowed her to travel. They ask for his phone number to call him. They also ask her to give them her cell phone and read her SMS, WhatsApp and other chat messages and emails, searching for signs of asylum intent, and they meticulously search the luggage to find any signs of asylum intent such as school certificates."

Those who do make it past the Border Force officials say they still don't feel safe in Australia.

They say they are being harassed and intimidated by Saudi men living in Australia who are trying to coerce them into returning home.

Four Corners has established that one of those men works for the Saudi Ministry of Interior.

"I don't know how they got my email address because it's a really, really private email. He just tried to meet me actually. He said don't worry we will meet and chat. Of course, I refused, and I said no way," Ranya said.

Rawan*, a 23-year-old Saudi asylum seeker living in Australia, says the Saudi officials have offered women government scholarships if they agree to return to Saudi Arabia.

"They're like, 'nothing is going to happen to you if you go back. Don't worry we'll try to talk with your male guardian there. It's OK, nothing's going to happen'," she said.

"They lie to us so we can go back and not talk about what's happening inside Saudi Arabia. They want to keep us silent."

Immigration Minister David Coleman declined to speak to Four Corners and did not respond to specific questions relating to the treatment of Saudi female asylum seekers.