Pro-Brexit British lawmakers are mounting a campaign to rescue Prime Minister Theresa May's rejected European Union divorce deal in a parliamentary showdown, as major retailers warned the UK could face food shortages if it leaves the bloc without an agreement. 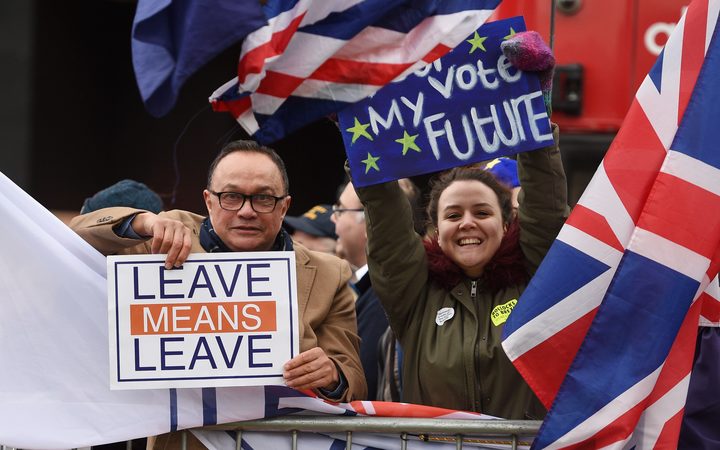 Lawmakers threw out Mrs May's Brexit deal two weeks ago and will debate and vote on competing plans for what to do next.

Britain is scheduled to leave the EU on 29 March, with or without a deal.

Much of the business world says a no-deal Brexit would cause economic chaos by eliminating existing EU trade agreements and imposing tariffs, customs checks and other barriers between the UK and its main export market.

Chief executives of fast-food company McDonald's and supermarket chains Sainsbury's and Waitrose were among signatories to a letter to lawmakers warning of "significant disruption" if the UK leaves without a deal, given that nearly a third of Britain's food comes from the EU.

"While we have been working closely with our suppliers on contingency plans it is not possible to mitigate all the risks to our supply chains," said the retailers, who urged lawmakers to avoid a no-deal departure.

"We anticipate significant risks to maintaining the choice, quality and durability of food that our customers have come to expect in our stores." 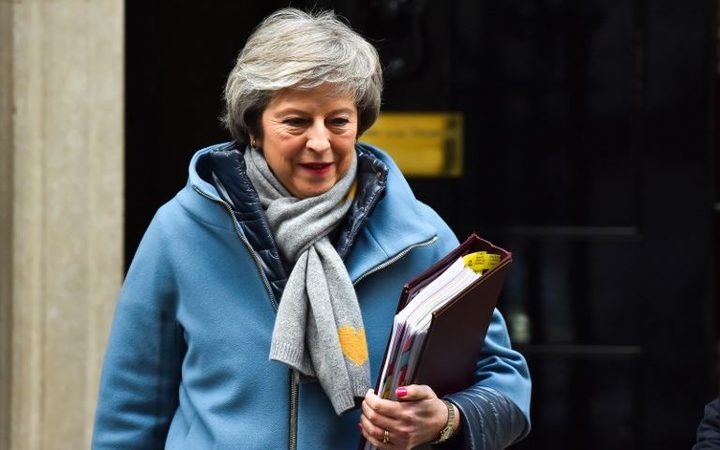 Mrs May said she wanted a deal, and insisted her agreement could still win Parliament's backing, if it was tweaked to alleviate concerns about a provision over the Irish border.

The government hopes to bring the deal back for a new vote in Parliament in February.

The border measure, known as the backstop, would keep the UK in a customs union with the EU in order to remove the need for checks along the frontier between the UK's Northern Ireland and EU member Ireland after Britain leaves the bloc.

That border is crucial to the divorce deal because it will be the only land frontier between the UK and the EU after Brexit.

Border checkpoints have disappeared since Ireland and Britain both became members of the EU single market in the 1990s, and since the 1998 Good Friday peace accord largely ended decades of violence in Northern Ireland.

Opposition to the backstop by pro-Brexit lawmakers - who fear it will trap Britain in regulatory lockstep with the EU - helped sink May's deal on 15 January, when Parliament rejected it by 432 votes to 202. 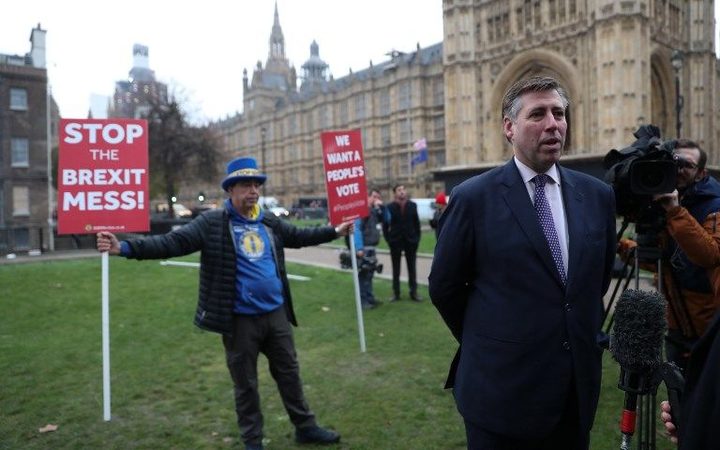 A new proposal submitted by Conservative legislator Graham Brady commits to backing Mrs May's deal if the backstop is replaced by "alternative arrangements".

Mr Brady said if the motion was approved by Parliament, it would give Mrs May "enormous firepower" to go back to Brussels and renegotiate the Brexit divorce deal.

The prime minister appeared to agree, urging Conservative lawmakers to back Mr Brady's amendment in order to send a clear message to the EU. She made the comments at a meeting with backbench Conservatives, according to several attendees.

But leading pro-Brexit Conservative Jacob Rees-Mogg said he and his "hard Brexit"-backing allies would not support Mr Brady's motion because "it doesn't say what (the backstop) would be replaced with."

"This withdrawal agreement has been agreed with the UK government, it is endorsed by leaders and is not open for renegotiation," EU spokesman Margaritis Schinas said. 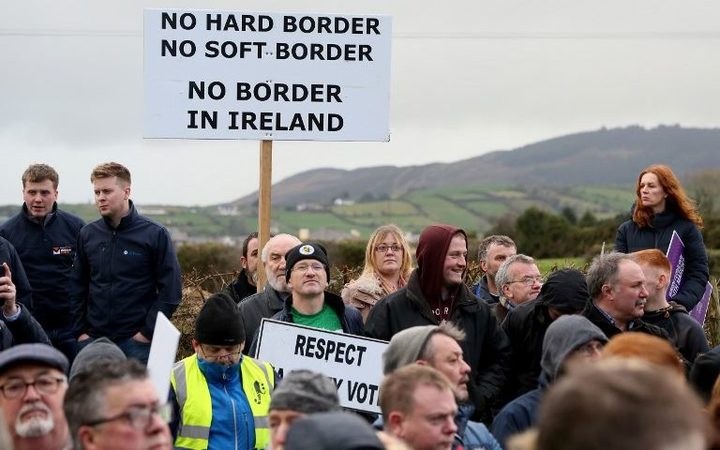 "The EU has been clear that the backstop is an integral part of the withdrawal agreement," he said.

MR Brady's backstop proposal is one of more than a dozen amendments proposed by UK lawmakers that aim to alter the course of Britain's departure.

Some others seek to rule out a no-deal Brexit so Britain can't tumble out of the bloc on 29 March without an agreement in place to cushion the shock.

Speaker of the House of Commons John Bercow will announce which amendments have been selected for debate and vote.

Conservative lawmaker Nick Boles, who is backing an amendment designed to rule out a no-deal Brexit and seek a delay to Britain's EU departure, said tomorrow "is probably the only opportunity that Parliament is going to have to intervene in this process, to take control."

"If we don't seize the moment, then we are at grave risk of just driving off the edge on 29 March without really wanting to and when there might be a compromise we could achieve, if we just had a few more months," he told the BBC.