A Chinese scientist who claims to have created the world's first genetically edited babies has defended his work. 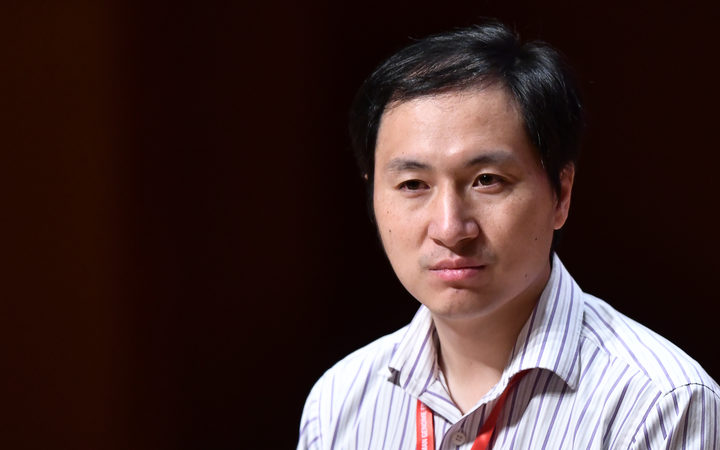 Speaking at a genome summit in Hong Kong, He Jiankui said he was "proud" of altering the genes of twin girls.

Earlier this week, he announced that he had altered the DNA of the embryos to prevent them from contracting HIV. However, his work has not been verified.

Many scientists have condemned his announcement. Such gene-editing work is banned in most countries, including China.

Prof He's university - the Southern University of Science and Technology in Shenzhen - said it was unaware of the research project and would launch an investigation. It said Mr He had been on unpaid leave since February.

Prof He confirmed the university was not aware, adding he had funded the experiment by himself.

He has spoken at the Human Genome Editing Summit at the University of Hong Kong for the first time about his work since the uproar.

He revealed that the twin girls - known as "Lulu" and "Nana" - were "born normal and healthy", adding that there were plans to monitor the twins over the next 18 years.

He explained that eight couples - comprised of HIV-positive fathers and HIV-negative mothers - had signed up voluntarily for the experiment; one couple later dropped out.

Prof He also said that the study had been submitted to a scientific journal for review, though he did not name the journal.

He also said that "another potential pregnancy" of a gene-edited embryo was in its early stages.

But he apologised that his research "was leaked unexpectedly".

"The clinical trial was paused due to the current situation," he said.

Why is it this controversial?

The Crispr gene editing tool he claims to have used is not new to the scientific world, and was first discovered in 2012.

It works by using "molecular scissors" to alter a very specific strand of DNA - either cutting it out, replacing it or tweaking it.

But experts worry meddling with the genome of an embryo could cause harm not only to the individual but also future generations that inherit these same changes.

Prof He's recent claims were widely criticised by other scientists.

Hundreds of Chinese scientists also signed a letter on social media condemning the research, saying they were "resolutely" opposed to it.

"If true, this experiment is monstrous. Gene editing itself is experimental and is still associated with off-target mutations, capable of causing genetic problems early and later in life, including the development of cancer," Julian Savulescu, an ethics expert at the University of Oxford, told the BBC.

"This experiment exposes healthy normal children to risks of gene editing for no real necessary benefit."

Many countries, including the UK, have laws that prevent the use of genome editing in embryos for assisted reproduction in humans.

Scientists can do gene editing research on discarded IVF embryos, as long as they are destroyed immediately afterwards and not used to make a baby.