US President Donald Trump says he read parts of a US government report projecting that climate change will cost the country's economy billions of dollars by the end of the century, but he does not believe the economic impacts will be devastating. 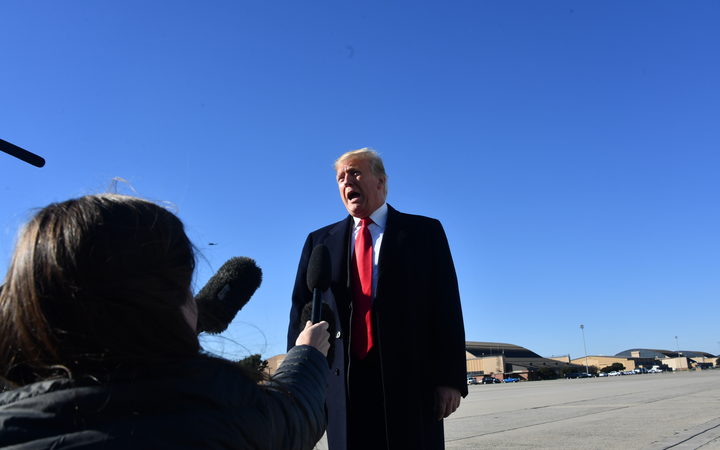 "I've seen it, I've read some of it, and it's fine," he told reporters at the White House. Asked about severe economic impacts, he said: "I don't believe it."

He said the US would not take measures to cut emissions unless the same was done in other countries.

"You're going to have to have China and Japan and all of Asia and all these other countries, you know, it [the report] addresses our country.

"Right now we're at the cleanest we've ever been and that's very important to me.

"But if we're clean, but every other place on earth is dirty, that's not so good.

Last year, Mr Trump announced he would withdraw the United States from the 2015 Paris Deal to combat climate change.

He has also rolled back Obama-era environmental and climate protections to boost production of domestic fossil fuels.

The congressionally mandated report, written with the help of more than a dozen US government agencies and departments, said the effects of climate change would undermine human health, damage infrastructure, limit water availability, alter coastlines and increase costs in various industries.

The report also said projections of damage could change if greenhouse gas emissions were curbed, although many of the impacts of climate change, like powerful storms, droughts and flooding, have already begun.

"With continued growth in emissions at historic rates, annual losses in some economic sectors are projected to reach hundreds of billions of dollars by the end of the century - more than the current gross domestic product (GDP) of many US states," the report says.

"Without substantial and sustained global mitigation and regional adaptation efforts, climate change is expected to cause growing losses to American infrastructure and property and impede the rate of economic growth over this century."