Donald Trump warned that the US could close the whole border with Mexico for a period of time. 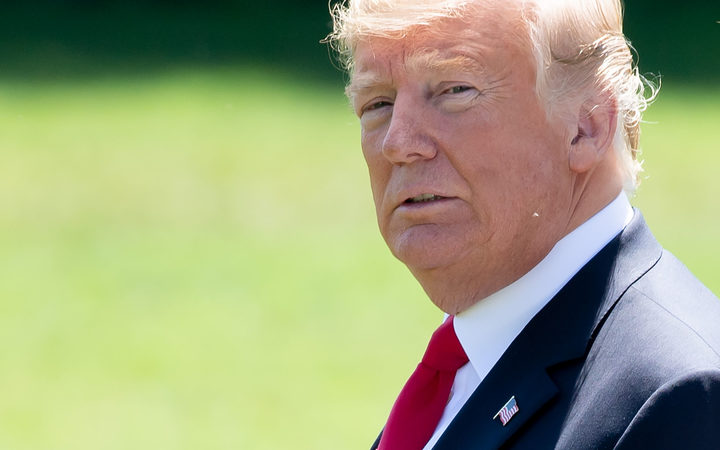 US President Donald Trump warned there could be a government shutdown next month over security on the border with Mexico, suggesting he could hold up a funding deal if no more money is provided for a wall between the two countries.

"Could there be a shut down? There certainly could and it will be about border security, of which the wall is a part," Mr Trump told reporters in Palm Beach, Florida on Thursday.

The US Congress faces a deadline next month to fund parts of the federal government and a possible showdown over money for Mr Trump's proposed border wall.

Having won control of the House in midterm elections, Democrats have said they will be even less motivated than before to meet Mr Trump's wall demands.

Mr Trump also said he had given the military the authorisation to use lethal force if necessary on the border with Mexico.

"If they have to they are going to use lethal force. I've given the OK - I hope they don't have to." 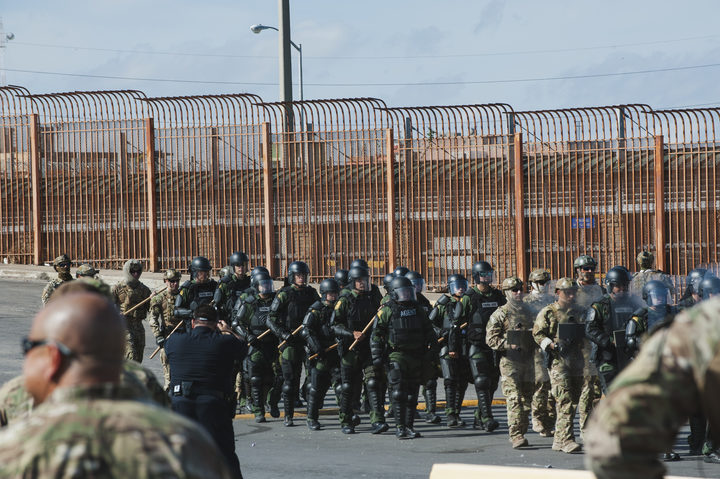 Around 4,800 US soldiers were deployed to the border with Mexico. Photo: AFP

Mr Trump also warned that the US could close the whole border with Mexico for a period of time "if we find that it gets to a level where we are going to lose control or our people are going to start getting hurt."

This would mean "Mexico will not be able to sell their cars into the United States," added Mr Trump, who has complained about the number of cars US manufacturers produce in Mexico.

Vehicle exports from Mexico to the United States in 2017 totaled 2.3 million units.

Ahead of US congressional elections earlier this month, Mr Trump denounced the approach of a caravan of migrants as an "invasion" that threatened American national security, and he sent thousands of US troops to the border to help secure it.

US Defense Secretary Jim Mattis said on Wednesday that he had been granted authority to allow troops on the Mexican border greater powers to help protect border officials, and would await direction from the Department of Homeland Security. 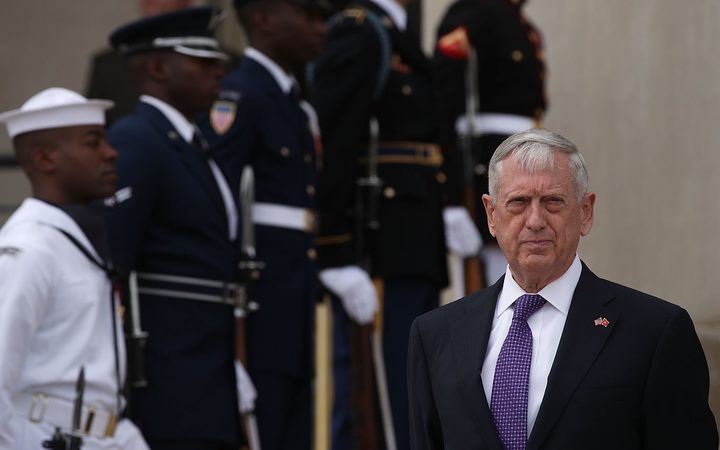 Mr Mattis said troops could help protect the border agents with shields and batons, but would be unarmed.

Two US officials, speaking on the condition of anonymity, told Reuters this week a memo signed by White House Chief of Staff John Kelly gave Mr Mattis the authority to protect immigration agents and if necessary, could include actions like use of lethal force, crowd control, temporary detention and cursory searches.

Mr Trump has issued ultimatums about wall funding before, with little impact, even with his own Republican Party in majority control of both the Senate and the House of Representatives.

If the two parties cannot reach a funding deal, there would be a partial government shutdown, with so-called "essential services," including some at the Department of Homeland Security, likely remaining in operation.