Hundreds of Central American migrants travelling through Mexico to seek asylum in the US have reached the Mexican border city of Tijuana. 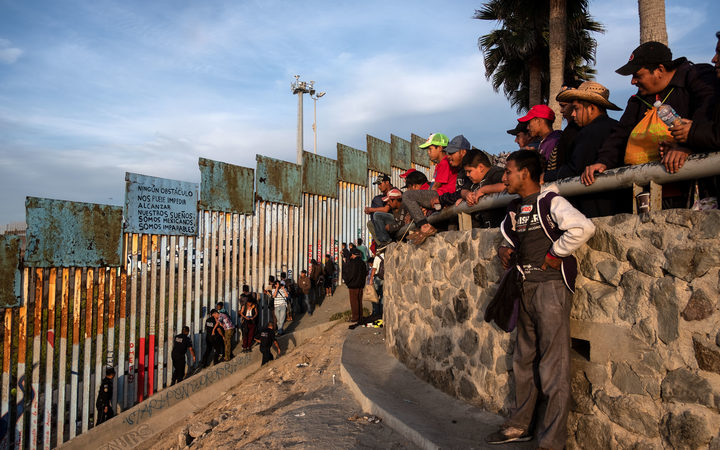 The group of 400, who include LGBTIQ migrants, broke away from the larger caravan of 5,000 people in Mexico City.

US Defence Secretary James Mattis said he would go to the US-Mexico border on Wednesday, his first visit since thousands of troops were deployed.

Larger groups are expected to arrive at the border in the coming days.

The 5,000 migrants, who say they are fleeing persecution, poverty and violence in their home countries of Honduras, Guatemala and El Salvador, have largely been making their journey on foot.

The splinter group, which reached Tijuana on Tuesday, did so aboard a fleet of buses.

They joined a smaller group of about 80 migrants who reached the border city on Sunday.

Many of the smaller group are LGBTIQ, media reported, who say they parted ways with the main caravan after weeks of what they call discriminatory treatment by local residents and fellow travellers.

Undeterred by a harder US stance against them, the migrants have said they will continue the journey so that they can claim asylum.

What is this caravan?

The journey began from the city of San Pedro Sula in Honduras on 13 October - which means some will have walked about 4,800km (2,983 miles).

Because the route poses a host of dangers, such as attack by criminal gangs, many of the migrants say they feel safer travelling in numbers.

Most previous migrant caravans have numbered a few hundred people, but after a former politician shared news of the planned caravan on Facebook, news of it quickly spread.

More than 1,000 Hondurans were the first to leave, and thousands more people have joined them from neighbouring Guatemala and then Mexico. 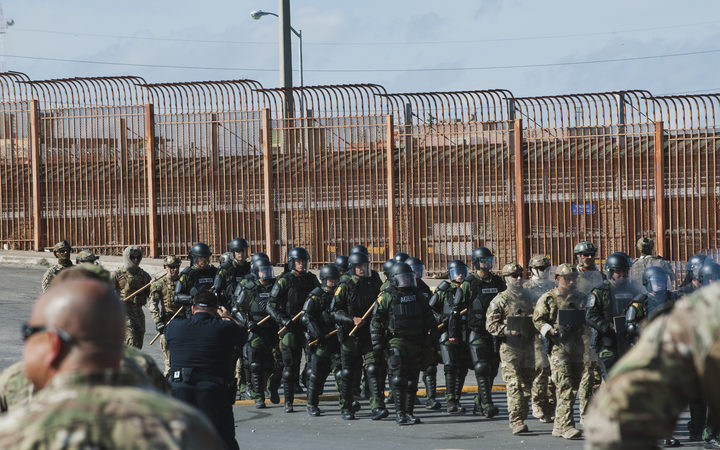 Around 4,800 US soldiers were deployed to the border with Mexico, the Pentagon announced, saying it could not give a price tag for the operation Democrats decry as political maneuvring from President Donald Trump. Photo: AFP

What is the US doing about it?

President Donald Trump, who has taken a firm stance against the caravan he calls an "invasion", has order the deployment of up to 9,000 troops to the border.

US authorities closed down several lanes of traffic at two border crossings from Tijuana to California on Tuesday so that soldiers can install barbed wire fencing and barricades to reinforce security.

There is a legal obligation to hear asylum claims from migrants who have arrived in the US if they say they fear violence in their home countries.

The caravans became a campaign issue in the US mid-term elections that took place in last week, with Mr Trump warning without evidence they were full of "gang members", "hardened criminals" and even Middle Eastern "terrorists".