About 1000 people, including families and women carrying babies, have set off from Honduras toward the United States, days after the United States urged Honduras' president to halt mass migration. 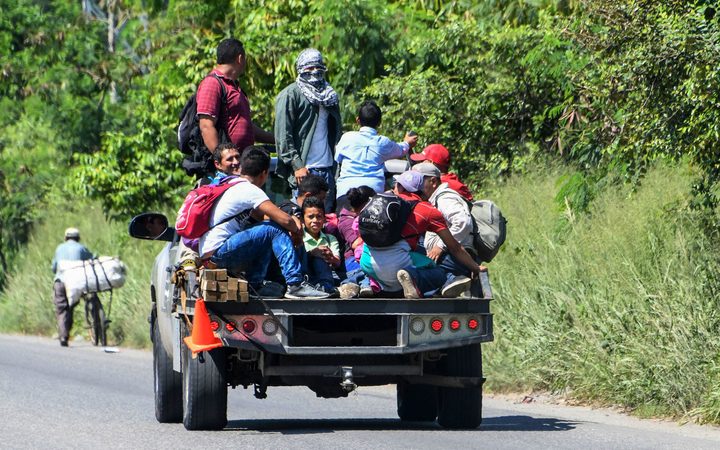 Hondurans get on vans and trucks during the exodus towards the US from San Pedro Sula Photo: AFP

"I believe we'll get to the United States. There's no work in Honduras, and you live in fear that they're going to kill you or your children," said Fanny Barahona, 35, an unemployed teacher who walked with her nine-year-old son and carried a two-year-old daughter. 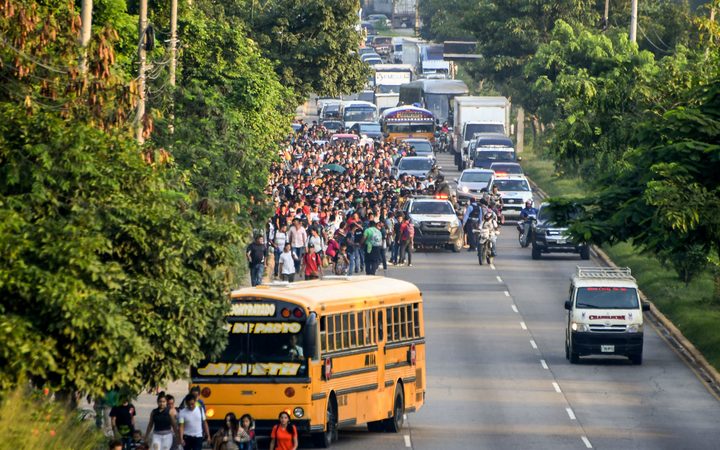 Hondurans walk towards the US from San Pedro Sula, 180 kms north from Tegucigalpa Photo: AFP

Some 1300 people joined the so-called "March of the Migrant," planning to walk from San Pedro Sula in northern Honduras through Guatemala and into Mexico, organiser Bartolo Fuentes said. Once in Mexico, they plan to request refugee status to remain in the country or a visa to pass through to the US border, he said.

In April, media attention on a similar group of migrants, dubbed a "caravan," prompted Trump to press for tougher border security and demand such groups be refused entry. Most in the caravan said they were fleeing death threats, extortion and violence from powerful street gangs. 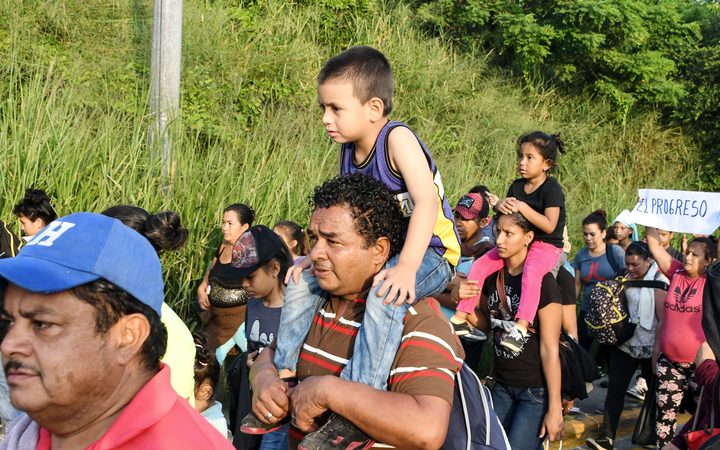 An Honduran man carries a child on is shoulders during an exodus towards the US from San Pedro Sula Photo: AFP

More than 64 percent of Honduran households live in poverty, and San Pedro Sula has one of the world's highest murder rates.

"There is no work and so much violence that you can get killed walking down the street," said Javier Solis, 25, who said he has not found work in a year and wants to enter the United States. On a previous attempt, he was deported to Honduras upon reaching Mexico.

US Vice President Mike Pence met with the presidents of Honduras, Guatemala and El Salvador in Washington on Thursday and told them the United States would be willing to help with economic development and investment if they did more to tackle migration, corruption and gang violence.

Honduran President Juan Orlando Hernandez said US funding was declining, and he called on the United States to reunite migrant children with their parents after Washington's policy of separating families trying to cross the US-Mexican border put Honduras under "huge pressure."